Alaia will be essaying the role of daughter opposite Saif Ali Khan in her debut film. 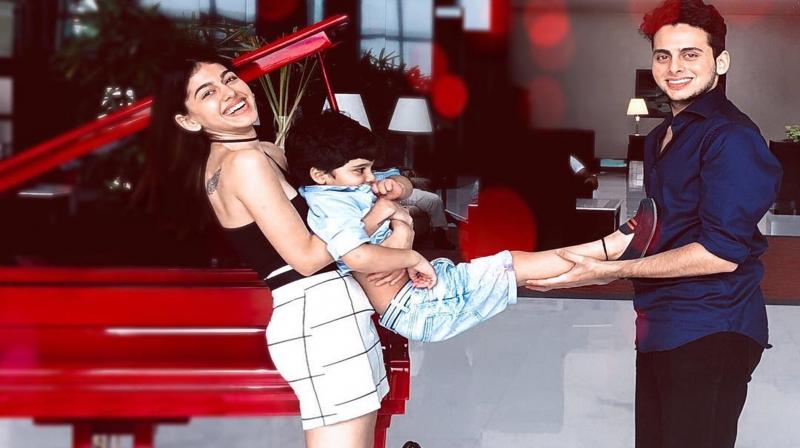 Mumbai: Alaia F is an internet sensation even before stepping her feet in Bollywood. On the occasion of World Sibling Day, the Debutant actress wishing her siblings, recently shared a cute picture on her official Instagram account.

Sharing a picture Alaia F wrote a sweet caption saying, "Happy siblings day to the two boys that have had the privilege of knowing me since the day they were born😌😂♥️"

In the picture, Alaia and her brother Omar have lifted their youngest brother and posed for a sweet picture which is a delight to watch.

Hailing from a lineage of actors, Alaia is the daughter of Pooja Bedi, gifting her the skills of acting inherently.

As the young actress is all set to mark her big screen debut, Alaia will be essaying the role of daughter opposite Saif Ali Khan in her debut film.

Alaia F is the youngest kid on the block who has pleasantly surprised with her debut film's announcement.