'You're my brother and she's my life': Arjun tells Ranveer

Both the actors have been best of friends since 'Gunday,' in which they both acted together. 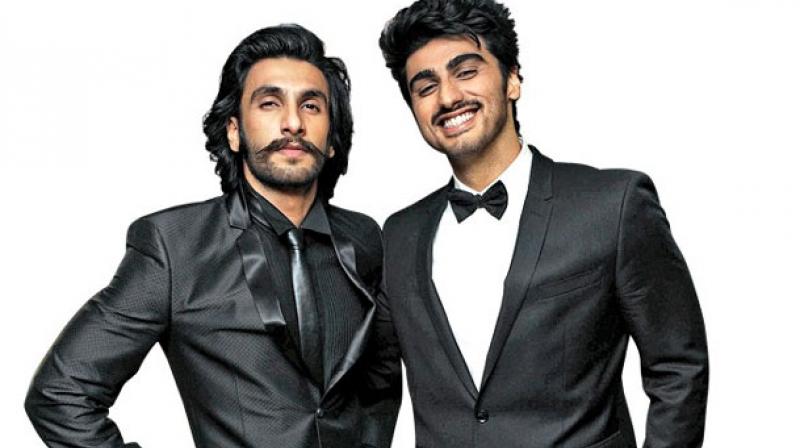 New Delhi: We all are familiar with the magical bromance between Bollywood stars Ranveer Singh and Arjun Kapoor. But, Ranveer now has taken their friendship to a whole new level.

After the trailer of Arjun's upcoming movie 'Half Girlfriend' was unveiled, Ranveer took to his Twitter and extended support to his best friend in a rather funny way.

The 'Bajirao Mastani' star wrote, "Seeing you cry, makes me cry too, Baba. She only wants to be 'half'?! FINE! I will be the other half..the better half. You just don't cry."

But the luurrve did not end there.

The 'Ki & Ka' star replied back by saying, "You're my brother and she's my life. . I can do anything for my bro, dummy! U are and will always be my full and final !!!"

Both the actors have been best of friends since 'Gunday,' in which they both acted together.

Earlier at the time of the release of 'Ki & Ka,' Ranveer tweeted out a message for Arjun.

He wrote, "Baba you're so fool of life Macho-man bana Chocolate-boy Krish bana Kabir fo fweet that I had to tweet!

On a related note, 'Half Girlfriend' directed by Mohit Suri is all set to hit the screens on May 19.