Entertainment   Bollywood  11 Apr 2017  'I will be your other half', Ranveer tells Arjun after Half Girlfriend trailer
Entertainment, Bollywood

'I will be your other half', Ranveer tells Arjun after Half Girlfriend trailer

The actor had a hilarious response on Twitter after the watching the trailer of Arjun Kapoor's 'Half Girlfriend.' 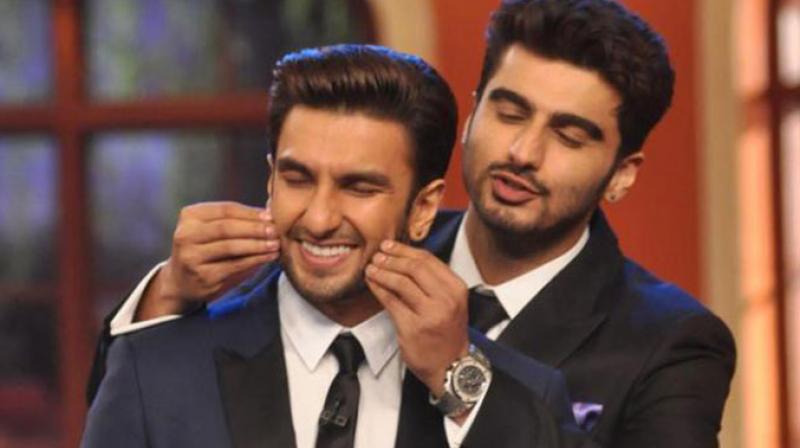 The chemistry between Ranveer and Arjun have been seen at various events and shows previously.

Mumbai: After several stills from the film had raised the buzz surrounding Mohit Suri's 'Half Girlfriend' in recent days, we finally got a glimpse into the lives of Arjun Kapoor's and Shraddha Kapoor's characters in the the trailer of the film that was launched on Monday.

But one of the best reactions was from Arjun’s ‘Gunday’ co-star Ranveer Singh. The two share a close friendship and refer to each other as ‘baba’ and their wonderful chemistry was very much on display in their joint appearances on 'Koffee with Karan.'

The trailer saw Shraddha’s character telling Arjun’s character that she would only want to be a half girlfriend, with the latter finding it difficult to digest and then going out of his way to search his love.

Ranveer felt bad for Arjun’s character Madhav’s helplessness in the film and took to Twitter to say that he also felt emotional seeing his close friend cry and said that it was fine if she only wanted to be a half girlfriend, he was ready to be the 'other half' and asked him not to cry.

Arjun responded by saying that Ranveer was his brother and that he was ready to give his life for him and that he will always be his ‘full and final.’

Check out the tweets:

‘Half Girlfriend’ is set to release on May 19.