Nila Madhab Panda is celebrating by shooting his next in a slum in the city. 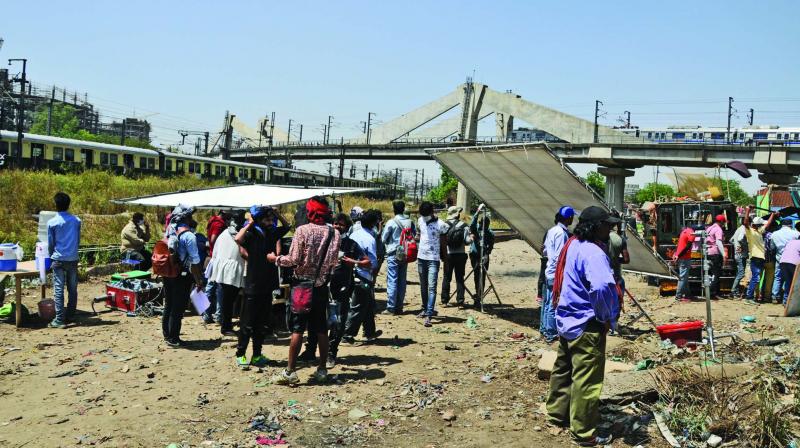 Nila Madhab Panda’s next Halka being shot at a slum near Pragati Maida. (Photo: Bunny Smith)

Exactly a year ago, after receiving the Padma Shri title from the President,  filmmaker Nila Madhab Panda threw a party for close friends at a Hauz Khas Village restaurant. Also present at the do was actor Sanjay Mishra, whom Nila wanted to cast in his film titled Kadvi Hawa. Sanjay too was in a jovial mood as two of his films, Masaan and Dum Laga Ke Haisha, had won National Awards. A year later, they both have a common reason to celebrate, as Kadvi Hawa won a special mention at the recently- announced National Film Awards. So, how is the Delhi-based filmmaker celebrating? As usual, by working on his next. We met him on the sets (in a slum near Pragati Maidan) of his next film titled Halka, starring Ranvir Shorey, Paoli Dam and Kumud Mishra.

“When you are passionate, and you struggle to get better ideas and continue doing hard work, you miss the opportunity to celebrate your achievements. Once the moment is gone, you can have only regrets. Still, I haven’t put the Padma Shri on my wall because I feel that achievements can make you feel bigger than you really are. So, to be more humble, I stop myself from celebrating a lot. My way of celebrating is doing good work. I don’t work for big bucks or awards. I just feel blessed to have the kind of support that lets me do the work I want to do. People have faith in the fact that I can reach out to them through my films,” says the 43-year-old on how he celebrates his feats.

As he shoots in Delhi’s sweltering summer heat, he adds, “In India, when you do a film on slums, it features toilets and dirt. But I try to celebrate India through these slums, by showing what life means to these slum dwellers who come from beautiful villages. Halka is about a child who feels uncomfortable to go for open defecation. This is more or less a sequel to I am Kalam.” 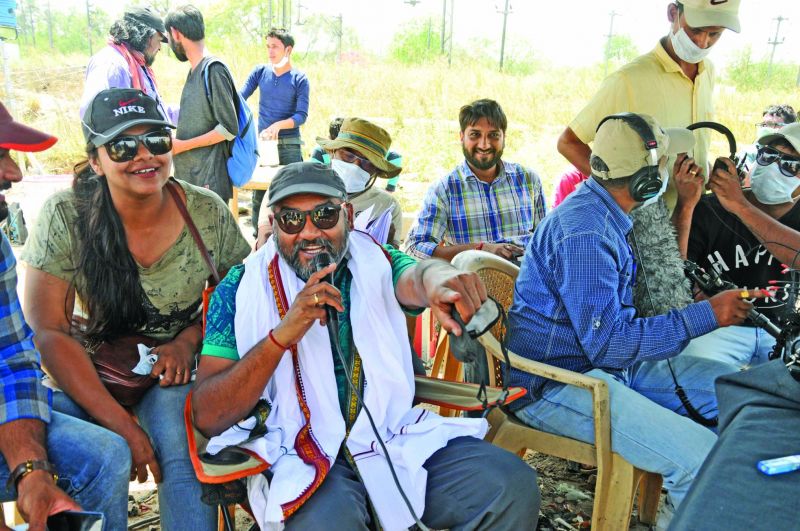 The conversation returns to Kadvi Hawa, which is set to release later in the year. “It is an important film of our times because it deals with climate change and global warming. We need to be conscious about stopping its damage. In Delhi, schools are being shut because of carbon emission, but Delhiites don’t seem bothered. The film creates a sense of urgency by showing a story of two characters — who have very little carbon footprint, but have lives impacted by global warming. Since Hindi cinema is influential, I raise questions with my films,” he says.

Like many of his previous films, Kadvi Hawa too has references from Odisha, his hometown. “I am connected to my roots. I am comfortable doing Hindi films but one day, I would want to direct a regional film,” says Nila.

Nonetheless, the man has not opted to move out of Delhi to either Odisha (which has much cleaner air) or Mumbai (where the film industry is based). “I started living here since 1995. I struggled here a lot and have got habitual to the city. And Delhi — despite being polluted— has enough space, unlike Mumbai,” he shares.

Ask him how his issue-based movies deliver the message, even when there aren’t as many viewers for them as a Bollywood potboiler, and he confidently says, “Kaun Kitne Paani Mein (his film on water scarcity) may not have done well at the box office, but its trailer got more than 10 lakh views on YouTube. Some channels play it two or three times a week. Today, there is an audience for such films but their mediums of watching them may be different.”

During the interaction, he further mentions how he was hoping that Sanjay would win the award for best actor. Does he think Akshay Kumar shouldn’t have won it for Rustom? He says, “Personally, it doesn’t matter who won it. It’s not a private award. Once the Government has given it to someone, accept it instead of questioning it. How can you justify that Akshay didn’t deserve it? A million of his fans think he did. 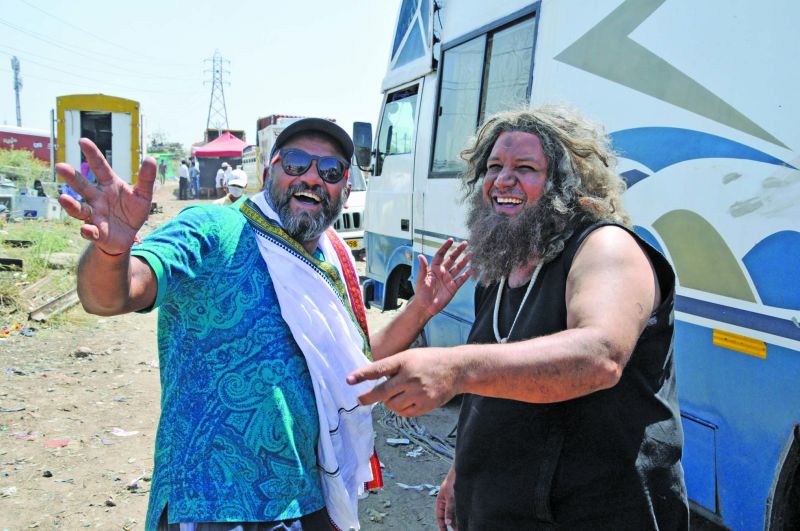 You may not believe it, but the jury thought otherwise. Similarly, you can call all my films crap, because any creative product has to be open to different perspectives.”

While he doesn’t associate much value to awards, he nonetheless has won many at various national and international forums. “For me, my good work is my award. Awards mean that people will expect a lot more from me the next time I make a film. They ask me to accept bigger challenges and give me a sense of fear... a fear of not failing my viewers. People should not say after seeing my films that Arrey yeh kisko award de diya, zaroor lobby karke liya hoga,” he says.

Does he believe that having an A-lister in an issue-based film like Pink, will bring enough footfall? “If I have a good story and if it requires no one less than an Akshay Kumar or Shah Rukh Khan, I will be happy to approach them. Script is the king for me,” he clarifies. 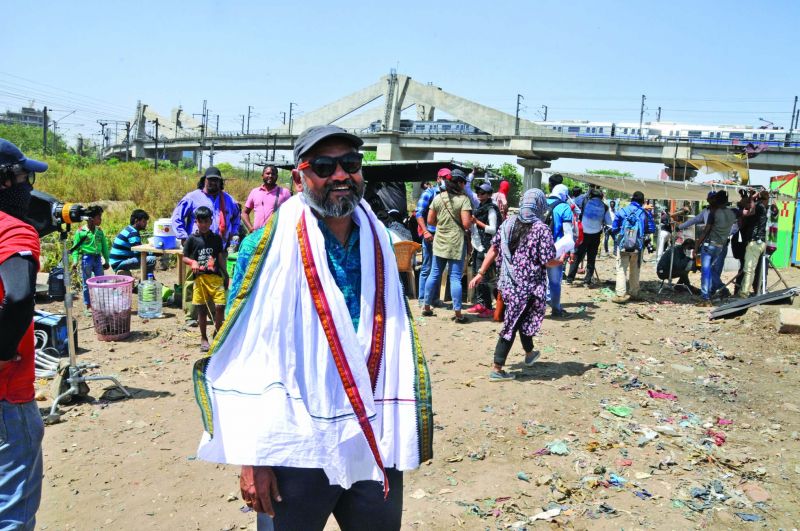 Before signing off, Panda, who would be releasing both Kadwi Hawa and Halka this year, says that he might take a year-long hiatus. “I have been working on one film after the other. I want to read more books and travel. Many of my films have been results of my travel experiences and I need to travel again to accumulate more stories,” he says.

Meanwhile, the production designer of Halka is Delhi-based Boishali Sinha, who also created the set at the slum. “I have always found Nila’s work to be very fascinating. I am happy to work with him since he gives me the freedom to create stuff and appreciates what I am doing,” says Sinha, who has previously been part of films like Gabbar is Back and Chalk N Duster.