Ranveer fallen out of Bhansali’s favour?

The one star who is most affected by Sanjay Leela Bhansali’s decision to work again with Salman Khan is Ranveer Singh. 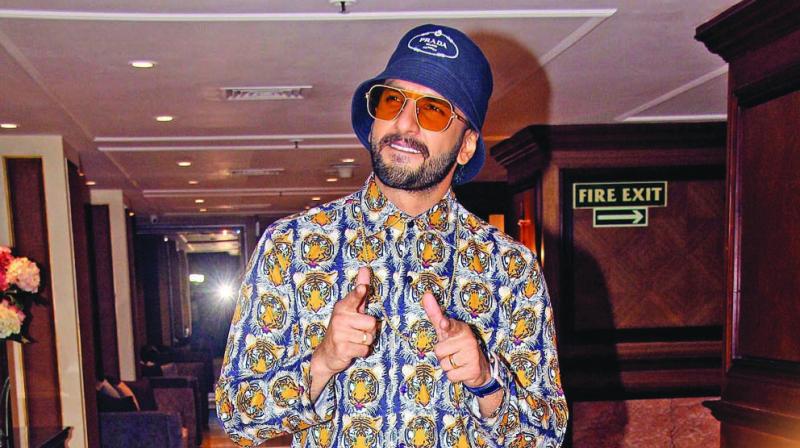 Though the Ranveer Singh-Sanjay Leela Bhansali team had birthed three blockbusters Goliyon Ki Raasleela Ram-Leela, Bajirao Mastani and Padmaavat, rumour has it that the duo will not be working together in the director’s next offering as Sanjay has chosen to go with Salman Khan instead.

A source in the know alleges, “The one star who is most affected by Sanjay Leela Bhansali’s decision to work again with Salman Khan is Ranveer Singh. After doing three back-to-back blockbusters together, Ranveer was all set to work for the fourth time with Bhansali.” Apparently, the duo had spoken about working together again, but the subject of the film is a mystery to sources in the industry.

“They had discussed a project. We aren’t sure if it’s the same one that Salman Khan is doing. But Mr. Bhansali and Ranveer Singh had definitely talked about a fourth film together.” informs the source.

The source also reckons that the director’s decision to do so may have had something to do with Ranveer’s free-flowing praise for the directors he’s worked with in the recent past. “Sanjay Bhansali’s Ram Leela, Bajirao Mastani and Padmaavat turned Ranveer from a star to a superstar. But Ranveer was heard praising Rohit Shetty and Zoya Akhtar with equal fervour. Deeepika, on the other hand, has remained steadfast in her loyal appreciation of what Bhansali has done for her career,” observes the source close to Bhansali.

But one thing is quite clear to all, that Ranveer is unperturbed by this development as he has proven that he is an actor to be reckoned with.

“Ranveer had two blockbusters, Padmaavat and Simmba in 2018. He already has a big hit, Gully Boy in 2019.  He isn’t fretting over losing the next Bhansali film,” claims a source in the know.