The year will see some of the biggest actors of Bollywood collaborating with their previous filmmakers on new projects. 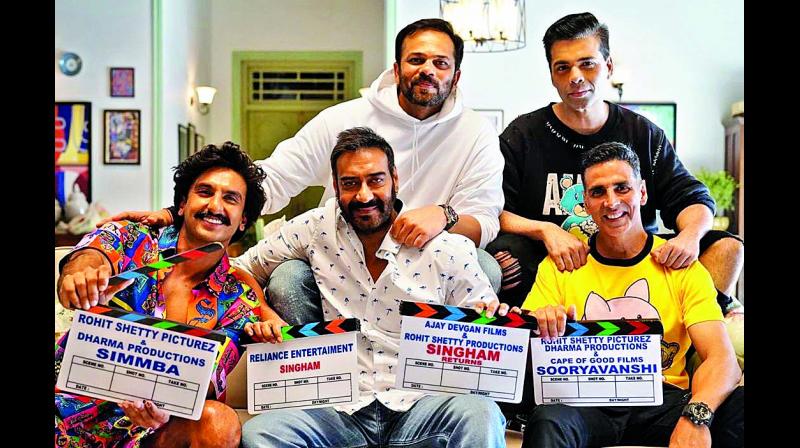 It’s a year of reunions for actors and their directors. Many Bollywood actors who earlier saw success in collaboration with these directors are now returning to the same filmmakers for old times’ sake.

For instance, Varun Dhawan had earlier collaborated with Remo D’Souza in the film ABCD 2, and his next release Street Dancer 3D, releasing this Republic Day, sees him reuniting with his choreographer-turned-director. However, Remo is not the only director Varun has worked with again. The actor, who has already worked with his director father David Dhawan in films such as Main Tera Hero and Judwaa 2, has reunited with him for his 2020 release Coolie No 1.

Further, Aditya Roy Kapoor’s upcoming film Malang will see the former reunite with his Aashiqui 2 director Mohit Suri. Aashiqui 2 had given Aditya a fresh lease of life after a few duds and now it seems from the trailer that Malang would again come in handy. “Sometimes, actors put a lot of trust in the abilities of a director to pull the project through because they understand the vision of the filmmaker. Likewise, there are directors who trust the instinct of the actor to pull off tough scenes and hence cast them in their films,” says an industry source.

After making his film debut in Bollywood eight years ago with Shoojit Sircar’s Vicky Donor, Ayushmann Khurrana will also be reuniting with the director in the film Gulabo Sitabo that also stars Amitabh Bachchan. “I am not in a space to talk much about the movie, but when you see Shoojit with Amitji and writer Juhi Chaturvedi, the film is a generous mix of both Vicky Donor and Piku and is in a very light mould,” explains Ayushmann.

Joining the league is also Ranbir Kapoor who collaborated with his old friend and director Ayan Mukerji in films such as Wake Up Sid and Yeh Jawaani Hai Deewani. Hence, Ayan, who does not seem to think of films without Ranbir, has cast him again in the Karan Johar-produced Brahmastra. The film also stars Amitabh Bachchan, Alia Bhatt, Nagarjuna and Shah Rukh Khan as important characters.

In 2018, John Abraham was seen playing the lead in Milap Zaveri’s directorial venture Satyamev Jayate. And now the duo is returning with the second part of the film titled Satyamev Jayate 2. John will return to his much-loved action hero avatar with this film, which will also star Divya Khosla Kumar, who makes her comeback to films as a heroine after 16 long years.

Baaghi 3 is yet another film which will see a reunion of sorts when Tiger Shroff and Ahmed Khan get associated yet again. Ahmed had directed Tiger in the second part of Baaghi as well. Even Ajay Devgn and Ranveer Singh, will unite with their Singham and Simmba director Rohit Shetty when they join forces in cameos with Akshay Kumar who plays the lead role in Sooryavanshi.

It will be interesting to see how each of these reunions fare and whether the team is able to recreate the magic of yore.
—Sanskriti Media