According to Adarsh, the film showed an ordinary response on day 1. However, it collected a good amount at high-end multiplexes. 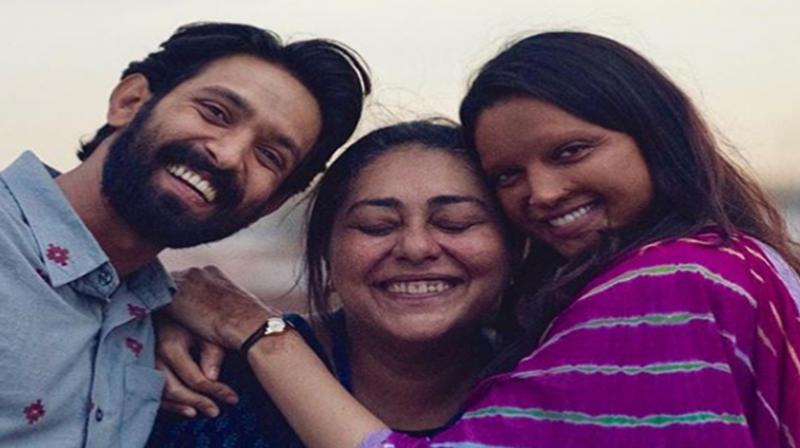 New Delhi: Deepika Padukone and Vikrant Massey's much-anticipated flick 'Chhapaak' which hit the theatres on January 11, received a mild response from the moviegoers, minting 4.77 crores on its opening day.

Film critic and trade analyst Taran Adarsh shared the box office collection of the film on his Twitter account.

#Chhapaak is ordinary on Day 1... Collects well at select high-end multiplexes... Biz at Tier-2 and 3 cities and also mass circuits is way below the mark... Growth on Day 2 and 3 crucial for a respectable weekend total... Fri ₹ 4.77 cr. #India biz.

According to Adarsh, the film showed an ordinary response on day 1. However, it collected a good amount at the high-end multiplexes. The business of the movie in Tier-2, Tier-3 cities, and mass circuits was below the mark.

Adarsh also said that growth on Day 2 and 3 is crucial for a respectable weekend total. 'Chhapaak' is based on the real-life acid attack survivor Laxmi, who at the age of 15, was attacked allegedly by a spurned lover in 2005. Her attacker, a 32-year old man, was an acquaintance of her family.

Laxmi had to undergo several surgeries. Later, she started helping acid attack survivors and promoted campaigns to stop such attacks. Laxmi is now a well-known advocate of stricter punishments in acid attack cases.

'Chhapaak' is helmed by Meghna Gulzar and it is co-produced by Deepika Padukone and Fox Star Studios.