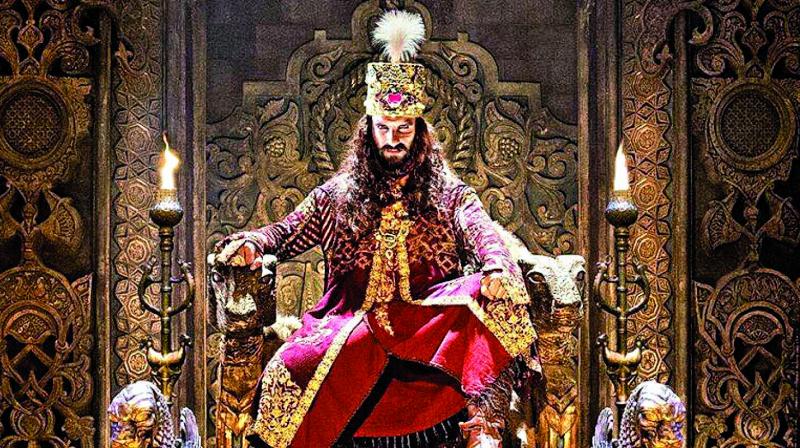 Understandably, the CBFC was livid, as it went out of its way to ensure a liberal and fair certification for Padmavat.

Who planted the story in the media about the Central Board Of Film Certification (CBFC) asking for 300 cuts in Padmavat? The story sounded far-fetched from the word go. On Tuesday morning, a story claiming 300 cuts for Sanjay Leela Bhansali’s Padmavat created a viral sensation.

But the parties involved were far from happy. On the contrary, there was a growing feeling of dread in the Padmavat team as it became evident again that misinformation about an already-troubled project was being spread again. An unnamed source from the Padmavat team says, “The trouble with radical groups started when a story appeared in print claiming there was a dream-fantasy song sequence featuring Deepika Padukone and Ranveer Singh. In fact, they play adversaries who never come face-to-face in the plot. Bhansali got so panicky that he edited out even passing shots where the two characters come face-to-face. As the film stands now, there is not even a shot where Deepika and Ranveer will be seen together. Then came the controversy over Deepika’s Ghoomar song with cultural and religious groups alleging that a royal queen would not dance in her own durbar. As per the CBFC’s suggestion, Bhansali deleted shots of Deepika’s Ghoomar song where her stomach was visible. In fact, the modifications were made. The film was sent back and approved by the CBFC when suddenly this new damaging story of the CBFC ordering 300 cuts hit the media.”

Understandably, the CBFC was livid, as it went out of its way to ensure a liberal and fair certification for Padmavat. “We stood our ground even when the historians on the panel opposed many things in the film. And yet when a story claiming we made 300 cuts came out we were forced to wonder who is spreading these rumours and for what gains,” a source from the CBFC says angrily.

CBFC chairperson Prasoon Joshi categorically denies the 300-cut news report.  The irate chairperson explained, “The makers have submitted the final film with agreed five modifications. These modifications have tried to incorporate observations and suggestions given by the advisory panel and also in keeping with the sentiments of society. This has already been communicated by the CBFC and a U/A certificate has been given to the film. CBFC’s process is complete and any further news about cuts is absolutely untrue. Let’s refrain from utilising CBFC’s name unnecessarily.”