Entertainment   Bollywood  11 Jan 2018  Saif reveals Taimur's cool nickname and what will make him sign up for ads with him
Entertainment, Bollywood 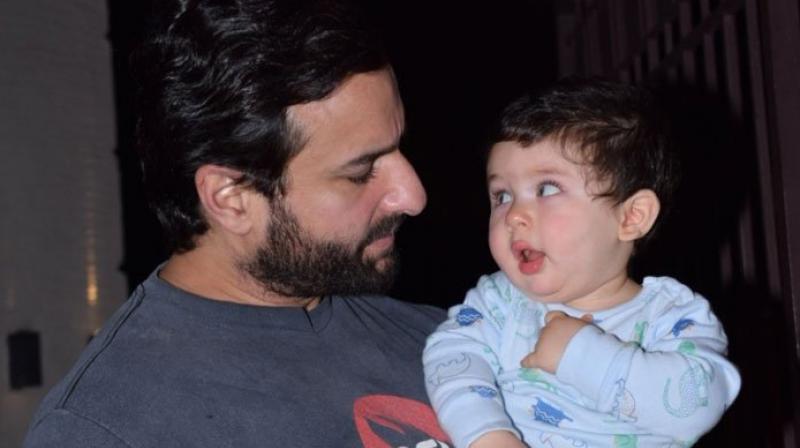 Mumbai: Saif Ali Khan’s little one Taimur Ali Khan is undoubtedly everybody’s favourite. Now imagine if you can see him in an advertisement. Yes, Saif Ali Khan confirmed there is a possibility that happens.

“If I get offered one deal (with Taimur), I’ll take it. I’m open (to feature in an ad with Taimur). You’ll have to pay me though, lots!” Saif said in jest at the ‘Kaalakaandi’ screening.

If that has already got you excited, wait till you hear his nickname. Reportedly Saif, while speaking to film critics Rajeev Masand and Anupama Chopra, revealed what the little munchkin is called by his family.

Saif was given a situation and asked how he would react when stardom would get bombarded on Taimur at a very young age. The Nawab replied, “You have to sit him down, the minute he can understand it. And it’ll start with calling the people at home and not yelling. It’ll be manners, it’ll be ‘Please, Thank You, Aadaab’. It’ll be discipline from young age. At least we know these things. These Bombay kids are out of control. He’ll be very well behaved. And honestly if he does his ‘namaste’ right, he’ll score points. Have you seen Sara’s aadaab when she was younger? This is it. This is what we need, a nice aadaab from Tim. Tim by the way.”

And that is how Saif revealed that Taimur is actually called Tim, which just perfectly fits his personality. Little Tim it is.