According to reports, Mallika has been living in a posh flat in the pricey 16th district in the city since January 1, 2017. 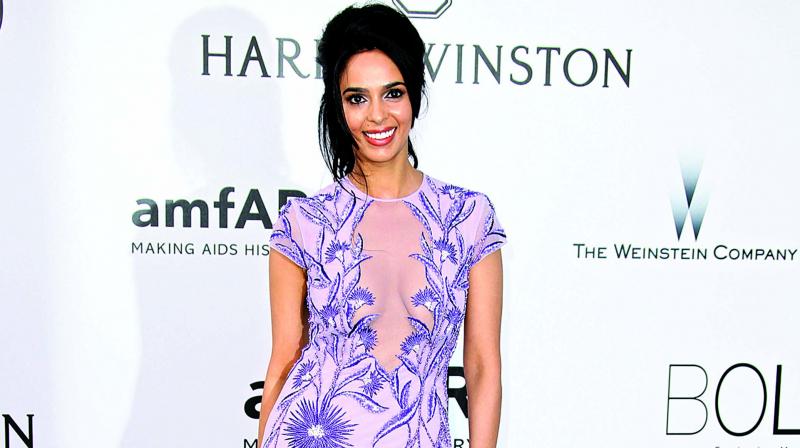 In late 2017, when asked about her Paris property, Mallika Sherawat had categorically denied owning any such apartment. She had joked about the whole affair, tweeting, “It’s absolutely not true, if someone has donated one to me, please send me the address.”

She’s now keeping up the same tune, even after being slapped with an eviction notice. In a December 14 ruling on Tuesday, a Paris court demanded that the actress and her hubby Cyrille Auxenfans pay up 78,787 Euros ($94,000) in rent or vacate the building.

At the hearing on November 14 2017, the lawyer said that Mallika had been irregular in paying rent because of the erratic nature of her work and financial problems that rose from that. The argument was summarily dismissed by the court, since she had earned tens of millions during the same period as she had rented the flat.

While the court has ordered her and Cyrille to vacate her residence by March 31 and has already okayed it for furniture to be seized, the actress is still adamant that she has no such property. After trying to turn a blind eye to it by posting about her new yoga moves, she finally reacted angrily, tweeting, “I hv said it before & I am saying it again, I DO NOT OWN or RENT any apt in Paris!! I have been in Los Angeles & India since last 8 months, I DO NOT live in Paris,pls do not spread false rumours ! (sic)”