Entertainment   Bollywood  11 Jan 2018  Feels like it is my debut film that's up for a release: Saif on Sara's Kedarnath
Entertainment, Bollywood

Feels like it is my debut film that's up for a release: Saif on Sara's Kedarnath

The 47-year-old actor said he shares the anxiety of a newcomer when it comes to Sara's film, which is slated to release in December. 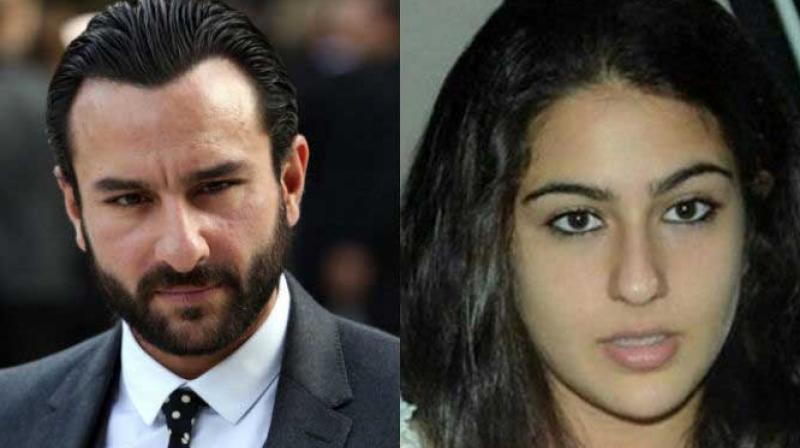 New Delhi: Saif Ali Khan's film is one of the first releases of the year, but the actor is more nervous and excited about daughter Sara's debut in 'Kedarnath'.

The 47-year-old actor said he shares the anxiety of a newcomer when it comes to Sara's film, which is slated to release in December.

"Sara has her whole life ahead of her. It feels like it is my debut film that's up for a release. It's her dream, and I hope all her dreams come true," Saif said in a press conference here.

The actor is equally excited and scared for wife Kareena Kapoor Khan's much-awaited 'Veere Di Wedding', but said it would be wrong to call the film her "comeback".

It would be Kareena's first film after son Taimur's birth in December 2016.

When someone called the film Kareena's comeback, Saif quipped, "Had you asked this question to her, she would have probably thrown something at you, like a shoe, maybe. As according to her, she has always been around."

The actor praised Kareena's dedication to her work.

"She's a great artiste, and I have seen how well she has concentrated on her health and fitness," he added.

Asked about the Supreme Court's decision that playing of national anthem in cinema halls before a film's screening is no longer mandatory, the actor said he has always supported the administration, but urged the government to look into Section 377, which criminalises homosexuality.

"The government knows what's better. I have always supported the administration. But there are also many other things that need attention. Please also take a look at (Section) 377," he said.

Saif, who was in the capital to promote 'Kaalakaandi', faced some bizarre questions at the press conference but ever the gentleman, he replied to each one of them.

He, however, looked exasperated when someone pointed out that cuss words in films leave a negative impact on children.

"This is a wrong question. We will not answer this. It is not our job. Our job is to just make films," he said.

The actor said he did not mind the film getting an 'A' certificate from the censor board as the subject caters to an adult audience.

"The film getting an 'A' certificate is justified as sometimes the children should not watch certain films. I agree with the censor board. I don't want my children to listen to abuses," said the actor on a question that the film had received multiple cuts because of expletives.

The movie is directed by Akshat Verma of 'Delhi Belly' fame and releases this Friday.