The controversial director made the revelation on Twitter on Thursday about the ‘revolutionary sexual philosophy.’ 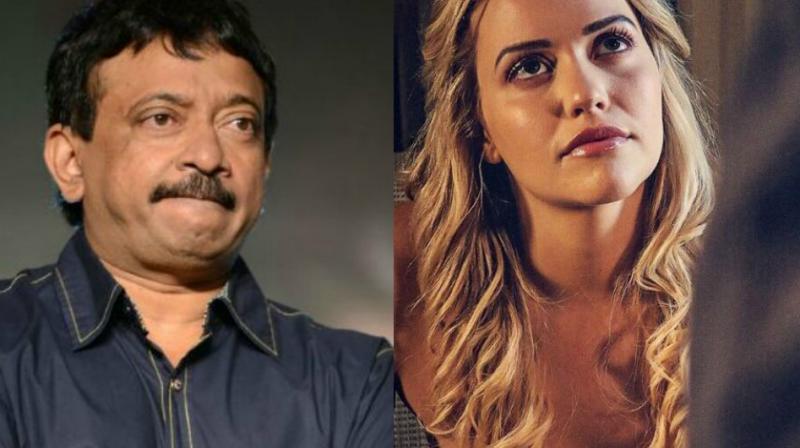 Ram Gopal Varma and a poster of 'God, Sex and Truth.'

Mumbai: Not just Ram Gopal Varma's films, which have started being panned regularly, his association with women is also not much written about nowadays.

Be it his muses like Urmila Matondkar, Antara Mali, Nisha Kothari and Jiah Khan, some of whom he was dating, his live-in relationship with actress-singer Suchitra Krishnamoorthi or his refusing her marriage proposal, this ladies' man, if we could call him that, used to be a part of headlines once upon a time.

The director made the revelation on Twitter on Thursday about the ‘revolutionary sexual philosophy’ and how it was GST, ‘truth behind sex as intended by god’ and calling the experience of filming ‘elevating and thought provoking’.

Hey Mia it was such an elevating and thought provoking experience to film #GodSexTruth ..I never shot with @SunnyLeone but will never forget the experience of shooting GOD, SEX and Truth https://t.co/rz5iwxHarI

This is not GST as in tax but GST as in GOD,SEX and TRUTH ..I shot this with @MiaMalkova the second adult actress after @SunnyLeone to be shot by a feature film maker #GodSexTruth pic.twitter.com/rOUzN0T8X5

#GodSexTruth is about a revolutionary sexual philosophy as professed by @MiaMalkova and encapsulated by me ..it’s about telling the Truth behind Sex as intended By God pic.twitter.com/N4j1JzkSP1

Mia expressed her delight on her Twitter handle (alert: NSFW) in becoming only the second adult star after Sunny Leone to be shot by an Indian feature filmmaker.

Thank you @RGVzoomin for shooting GOD ,SEX and TRUTH with me..it’s been an exhilarating experience to see myself through ur vision #GodSexTruth pic.twitter.com/Vsm153sMFD

I will be the 2nd adult star after @SunnyLeone to be shot by an Indian feature film maker @Rgvzoomin pic.twitter.com/0lfaipKhAA

Known for bringing out the sensuous beauty of his muses like Urmila, it’d be interesting to see how aesthetically he has shot Mia.

The trailer is set to release on 16 January, and the content would be clearer only then.

While the filmmaker’s web series ‘Guns and Thighs’, which also featured nudity, seems stuck in the cans, it’d be interesting to see what’s different about this one.