After reminding fans of Khal Drogo, here’s how Ranveer channelised it for Khilji 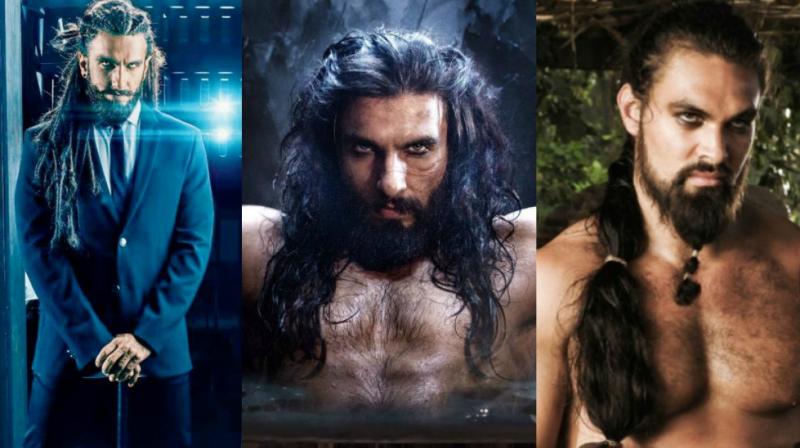 Ranveer Singh in an ad, in 'Padmaavat', Khal Drogo from Game Of Thrones.

Mumbai: Ranveer Singh’s transformation for Sanjay Leela Bhansali’s next ‘Padmaavat’ is one of the reasons the movie has been an awaited one.

Ranveer's fitness trainer- Mustafa Ahmed (Celebrity Fitness Trainer, Co-owner AKRO) was one of the main people behind his transformation. He also confirmed to Pinkvilla that Singh and he both thought of and used Khal Drogo as a reference for Alaudin Khilji’s character.

Mustafa Ahmed stated, "Ranveer and I sat down to discuss the Khilji look and to my surprise, both of us were of the same opinion, that we should use Khal Drogo from GOT as a reference point and we worked with that."

The trainer further said, "Khal Drogo's physique is something we set as a goal and were happy when comparisons were made."

This is not the first time Ranveer is facing comparisons with Khal Drogo. He had earlier shared an image for an advertisement, in which he looked like Aquaman, which is when the comparisons really started.