Watch: Karan Johar's The Ghazi Attack trailer will give you goosebumps!

The Ghazi Attack trailer looks visually stunning with an intense narration by Amitabh Bachchan on the war between India and Pakistan. 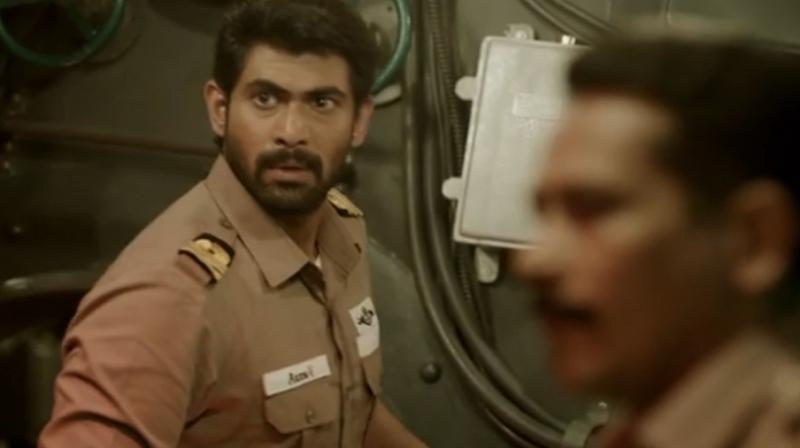 The trailer of The Ghazi Attack takes off with a gripping narration by Amitabh Bachchan.

The trailer takes off with a gripping narration by Amitabh Bachchan dishing out visually stunning graphics of the sea world.  The movie revolves around the tension between two nations, India and Pakistan. Based on the mysterious sinking of PNS Ghazi, a Pakistan submarine during the Indo-Pak 1971 war.

Rana Daggubati plays the role of an executive Naval officer who remains under water for 18 days along with his team. Taapsee see be seen essaying the role of a refugee. ‘The Ghanzi Attack’ is India’s first underwater film.

The Ghazi Attack is the Indian bilingual Submarine based naval warfare film directed by debutant Sankalp. It will be released on February 17.