The producer opens up about the ups and downs of her journey in the film industry. 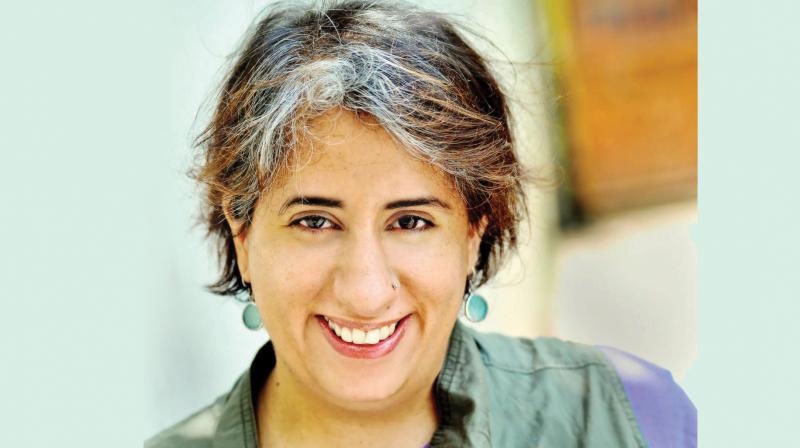 Lunchbox starring Irrfan Khan, Nimrit Kaur and Nawazuddin Siddiqui turned out to be a massive hit in 2013. Produced by Guneet Monga, the film not only garnered local acclaim but also got international fame. The producer continued on this streak of critically acclaimed films with Masaan and Zubaan and is now on the threshold of the release of her next Haraamkhor. In a candid chat with the Mumbai Age, Guneet talks about her upcoming film, as well as roadblocks in producing films, dealing with depression, crowd funding for films and more. Edited excerpts:

You were missing for quite some time after Lunchbox. Where did you disappear?
It’s not easy to make and release a film. Haraamkhor has taken four years and I am still struggling with the release for a number of films, like Peddler. So, this is not really the time for me to look into something new.

This delay in release was the reason for my depression. I was out of action; I shaved my head and lost 30 kgs. I went down south to different ashrams and was on a path of figuring out where I belong. I realised that just making good films was not enough. I used to doubt myself and question myself initially, but now I feel it is the right time for Haraamkhor. I am very excited about the film now and I don’t understand how films are been made these days. It took me a while to understand because everyone rejected us. For the trailer to be number one on YouTube for three days is a big achievement.

Tell us about your experience shooting for Haraamkhor...
It is a very delicate story but told in a beautiful manner. My director Shlok Sharma is a genius. He has shown the film with the perspective of three kids. They laugh and crack jokes and in the midst of it all, an experimental love story unfolds. Working with Nawaz and Shweta was like a dream. We shot and finished the film in 16 days. Nawaz is a genius, he could go and do films like Kick, Bajrangi Bhaijaan and then do film like Haraamkhor. He hasn’t charged for this film. He supported me a lot on this film. He used to have a blast with the school kids off set.

Do you believe your films lack commercial viability?
In India, yes, people have come to me and said that I only made dark and depressing films. But outside India, I am considered as a normal producer. I had nine films at Cannes and more than twelve films in Toronto and they were celebrated all over the world. Still, my films have raked in profits, even if it hasn’t been in 100 crores. For instance, Lunchbox was one of the highest grossers that year. Haraamkhor too, is already in profits with all digital sales and crowd funding.

We heard that you had to sell your flat to produce Monsoon Shootout. Is that true?
I was obsessed about making films and I had no option. I was in a different mindset back then. My road was blocked and I was looking for a way out from there.

What is your take on the Central Board for Film Certification?
I’ve never met Pahlaj Nihalani but I would love to talk to him one day. In today’s age of the Internet, how far can they censor films? I feel CBFC should only certify the film. Filmmakers write, direct, and edit the story. So much manpower goes into making a film.