Bringing ‘Fire’ back to IFFK

Actress and filmmaker Nandita Das, talks about her movie Manto and expresses solidarity with the progressive movements. 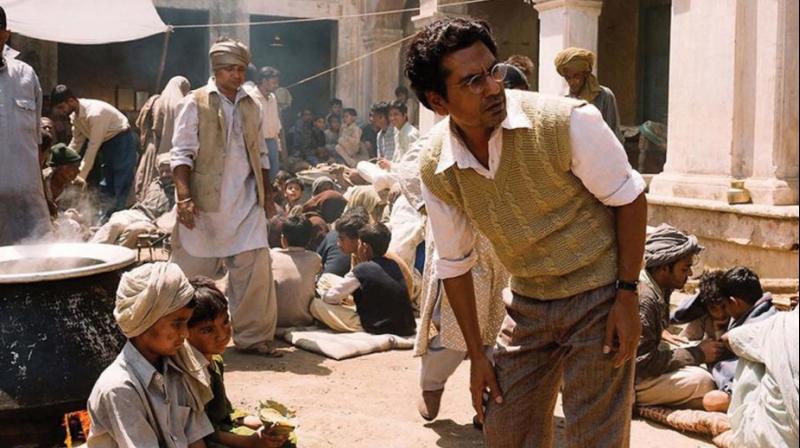 Just two directorials and less than 50 feature films as an actor are all she has to her credit, but when Nandita Das was announced as the Guest of Honour at the 23rd International Film Festival of Kerala (IFFK), film-lovers were elated because some persons are known not for the number of their works or activities, but their quality.

“I did not become an activist because I am an actor. I was a social worker by choice and an actor by accident. My earlier days of theatre with NGOs and street plays with Safdar Hashmi laid my foundation as an artiste with social consciousness. And my works are for myself, to make my own life meaningful and to feel alive,” she says.

The film festival is special for the actor-director. It was at the earlier edition of IFFK 20 years ago that her first movie as an actor-- the controversial Fire-- was premiered.

Turnto. In yet another edition, her directorial debut Firaaq was screened to a packed crowd. The third time at the fest, Nandita is on double delight: Manto, her second film as a director, is getting three screenings under the category, Indian Cinema Now. Based on the life of Urdu writer Saadat Hasan Manto, who was forced to leave India for Pakistan during Partition, Manto, set in the late 1940s, is a metaphor of the contemporary.

Revealing that Manto, made 10 years post Firaaq, too was not a plan, Nandita says, “Manto was someone who fascinated me. What he told 70 years ago through his works — about freedom of expression, identity issues, displacement woes, religious intolerance - remains relevant even now. It would be more didactic and polarised if I made a film about contemporary. With Manto, it is important for me to take refuge in history to let people see the parallels,” she smiles.

And there’s another reason too. “There are hardly any Hindi films made about writers, and interestingly, the only such biography I could find, Mirza Ghalib, had this story written by Manto himself. Manto is a great man many people do not know about and that’s why I decided to make a film on him,” she says.

Interestingly, in her product of six years of labour, Nandita hasn’t tried to put Manto on a pedestal he is shown here with all the greyness and imperfection of an artiste who has been struggling and fighting. “That’s how Manto would have loved to see himself,” she adds. The film focuses on the life of Manto, portrayed by Nawazuddin Siddiqui, in its tumultuous years — 1946 to 1950. She wouldn’t call the film an art house venture or a commercial project. “It doesn’t fall into any brackets. I don’t go with the common perception that only classes and not masses appreciate films. As a filmmaker and an actor, I have a great responsibility towards society and remaining political is very important,” she points out.

Expressing solidarity with the progressive movement all over the world about body politics, gender issues and MeToo wave -- Nandita appreciated the formation of the Women in Cinema Collective in the Malayalam film industry. “It’s really amazing to see a women’s movement shaking the bastion of the patriarchal Kerala society. I hope everyone realises that it’s not a conflict between man and woman, but a fight against patriarchy. It’s great to see in this 21st century courageous voices discussing equal pay, meritocracy and fight against caste, gender prejudices,” she says.

However, Nandita disagrees with the label of a feminist. “I do not want to be labelled by a finite definition. Feminism has a different definition for each person. Though I don’t shy away from the idea of feminism, I would better go with the term humanist. I believe in equality and want not just women, but men too to be humanists,” she reasons.

“It’s sad to see women losing self-esteem by internalising ideas like menstruation is polluting, to feel guilty when it comes to shuttling between career and family. We need each other to remind us that it’s all right to dream and fulfil those dreams,” she adds.

Emphasising her support to the MeToo movement, Nandita says it’s very important that women should be heard, but cautions that not all allegations should be equated. As she puts it, “keep the momentum strong and differentiate the allegations. At the same time, the movement shouldn’t be trivialised. In a country like ours, there are hundreds of women who don’t even report such atrocities. The results will be slow but we shouldn’t let it die down; it’s part of a cleansing process. Speak up and be the change you want to see in the world,” she asserts.