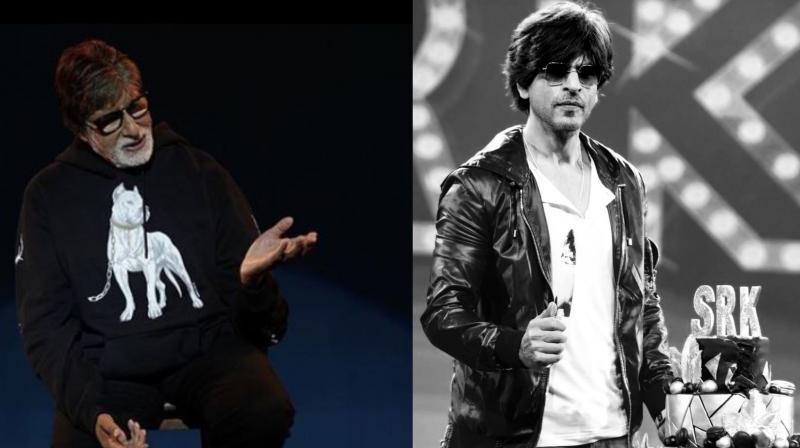 Mumbai: Bollywood’s legendary star Amitabh Bachchan is known for his top-notch Diwali parties. He recently celebrated the same at his home on October 27. Yesterday the superstar shared an unseen photo with Shah Rukh Khan and wife Gauri. It looks like the trio was having some secret discussions.

The ‘Black’ actor captioned the post as, “SHAHRUKH Gauri and the self in some serious discussions at Diwali .. personal obviously”. To describe the photo it shows an array of Diwali lights which. SRK wore a traditional black outfit whereas Gauri was dressed in a ‘pink lehenga’. Amitabh on the other hand looked classic in his kurta pyjama.

SHAHRUKH Gauri and the self in some serious discussions at Diwali .. personal obviously .. 😜😜

If we have to interpret the photo it shows that maybe Amitabh is praising Shah Rukh for his bravery act. He had saved Aishwarya Rai Bachchan's manager Archana Sadanand. Her lehenga caught fire due to a diya(wick lamp).

Archana suffered 15 percent burn injuries whereas Shah Rukh also suffered some minor injuries. He was quick to act on the spot and save Archana. The incident happened around 3 AM when Archana was in the courtyard of Jalsa with her daughter. Apart from Shah Rukh, the party was attended by wife Gauri Khan. Others in the list were Rishi Kapoor, Neetu Singh, Parineeti Chopra, Akshay Kumar, and Shahid Kapoor and many more.