She is playing the lead role and everyone has already gone gaga over the same. 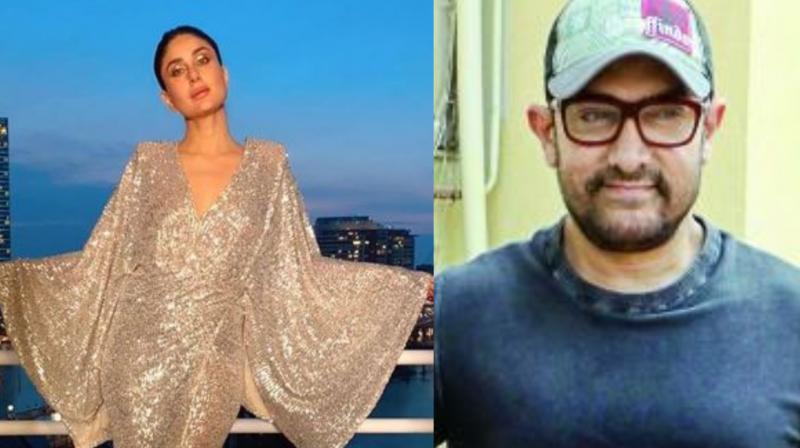 Mumbai: Kareena Kapoor and Aamir Khan will be seen on the silver screen after a span of seven years.  He will next be seen in 'Laal Singh Chaddha' opposite Kareena Kapoor. She is playing the lead role and everyone has already gone gaga over the same. The proof is the actor's first looks photos have been leaked online and it’s unmissable.

In the pictures, she is seen wearing a traditional beige colored Kurti with a purple colored ‘dupatta’.

The ‘Veere Di Wedding’ actor had said that she had given an audition for the role. In an interview she revealed, “Knowing the way that he (Aamir Khan) is, I think he wanted to be like 100 percent sure.

So very randomly, out of the blue, I got a call from Aamir. I want you to hear this film, this and that and I am very excited about it.' So, it just happened very organically. I heard the script like just then the minute he called me and he was just like let's read some scenes. I want you to read some scenes. So, I was like yeah, I have never done anything like this. I thought like what the hell. I want to see myself if I want to do this or not and you know there is nothing wrong in that,".

Along with Kareena, a picture of Aamir from the film set has also gone viral. In the photo, Aamir can be seen seated on grass with his laptop as the shooting of the film was taking place.

Aamir’s photo on the flip side has also been leaked where he is sitting on the meadow while being at the sets of the film, with a laptop.