The actress said that everyone's dates have changed now and said that it was a clear date so they jumped at it. 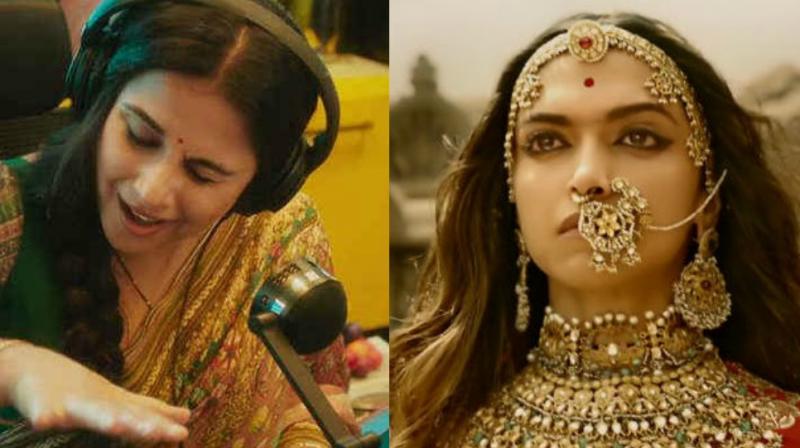 Vidya Balan in 'Tumhari Sulu' and Deepika Padukone in 'Padmavati.'

Mumbai: The trend of remakes in Bollywood may be on the rise, but actor Vidya Balan believes one should not tamper with an old classic.

There were reports that Vidya was offered to play Sridevi's role in a remake of ‘Sadma’.

"I would not do it (remake a film). I can't dare to make or do something again. I was offered 'Sadma' remake and I said no to it.

"As I feel one should not touch a film like 'Sadma', why tamper with it? These are timeless films. One can reinterpret it, but I am not one of those who would go for it," the actor told PTI on the sidelines of Jio MAMI Movie Mela event here.

The National Award-winning actor, meanwhile, is looking forward to her next film, ‘Tumhari Sulu’.

She plays a carefree housewife who turns into a late-night radio jockey.

The film was earlier slated to release on December 1, but the makers shifted the date to avoid a clash with Sanjay Leela Bhansali's magnum opus, ‘Padmavati’. ‘Tumhari Sulu’ will now release on November 24.

"I think everyone's dates have changed now, I have not kept a track. All I know is 'Padmavati' is coming on December 1. We got a clear date so we jumped at it.

"I am never stressed about the release of the film. If similar kinds of films were releasing, then I would be worried, not otherwise."