The 3 Idiots actor reveals that his younger son doesn’t like to watch his movies. 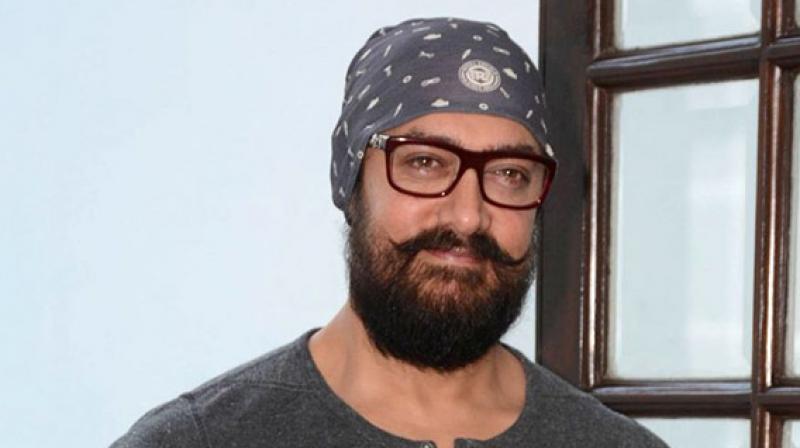 Superstar Aamir Khan is a perfectionist in the true sense. So much so that he believes in keeping the look and plot of his films under wraps until its official announcement. However, despite his efforts, his look from his upcoming Thugs Of Hindostan, has been leaked.

Aamir is cross about the development. He says, “Ideally, they should not have leaked the look. We would like to present the film and present the characters in a particular way. It would have been great had it not been leaked, but photographers take pictures. We can’t do anything beyond a point.” Talking about the recent phenomenon of the paparazzi and phone-wielding fans, he says, “Today, everyone has a camera, and everybody clicks a photo. So we have to deal with it. For this film, I haven’t even clicked photos with fans since we aren’t allowed to click photos in our costumes. Sometimes people hide and take pictures. We can’t control anything.”

The superstar, who has ruled the industry for more than two decades, believes that the definition of stardom is changing over the years. He says, “The concept of stardom is definitely changing. At one time, access to a star was limited. Right now, lots of stars communicate on social media. People know what he or she has said. Audiences today have the star in their pocket.”

Meanwhile, the doting father also speaks about his youngest child Azad. The 3 Idiots actor reveals that his younger son doesn’t like to watch his movies. “He started crying when he sees my films!” laughs Aamir, adding, “He started crying when he watched Dhoom 3, PK. He gets a little scared. He has only seen my film in parts. Besides, he is too young.”