“While performing in front of the camera, your performances will be noted. Thus, we all try to give our 100 per cent.” 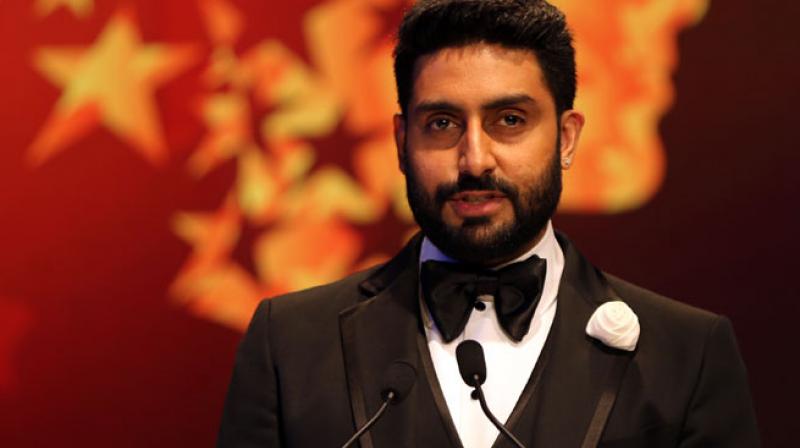 After a two-year-long break from the silver screen, Abhishek Bachchan returns to face the audience in the upcoming Anurag Kashyap directorial Manmarziyaan, which is slated to release next week. Abhishek has carefully picked his character for his comeback film and essays the role of Robbie, a Sikh man and the ever-so-loving husband of Rumi, played by Taapsee Pannu. His decision to play a serious role in the film was deliberate and one that was calculated. “I thought I need to stop, think it over, feel challenged as a creative person. Reassess, re-evaluate every bit and then process further,” he says. The actor, who would previously do anything that came his way turned complacent. “Before plunging into anything be it the sport I support and other businesses that I am handling I will have to think over two important questions — how will I move ahead? And what are the challenges I need to face? I did not want to push myself into any wrong zone. Hence, taking a break was a conscious decision,” he explains.

Returning to the movies is like coming back home for Abhishek who doesn’t feel the pressure at all. “While performing in front of the camera, your performances will be noted. Thus, we all try to give our 100 per cent. In front of the camera we only think of our character and do what the scene demands,” he says.

While the actor started his career with the romantic film Refugee, the definition of romance has changed ever since, especially now that Manmarziyaan is an intense love triangle with a barrage of emotional twists and turns. “I feel the definition of romance in the earlier days was about being shy and innocent. These days we do not find it to be naïve or shy at all. Its definition has changed widely. Any character performing romantically inclined scenes will no more shy away,” he opines.

“I am working for the first time with all of them (Vicky, Taapsee and Anurag). It was a really great experience. They perform so very effortlessly. I first saw Taapsee’s work in Pink and it was wonderful. She is the perfect casting for the film. I do not think anyone else could have done justice to this character. So is Vicky,” says Abhishek, who is quick to add, “I think these people perform very casually. They make it look perfectly casual. Looking at them performing one feels very good.”

As for the film maverick Anurag Kashyap who will tread the romance genre for the first time, Abhishek narrates, “Anurag is not known for the romantic genre. So when he narrated the story to me, I was very anxious to do this first-time romantic film with him. I was also sure his treatment would be different and I enjoyed working with him.”

True to his Sikh character in the film, the actor says his favourite thing at Amritsar is the decadent Lassi.

“I remember while I was in my 20s, I first visited the Golden Temple. It is a beautiful place. And while shooting for Manmarziyaan, I went again to Amritsar. I really enjoy the calmness of this place. The most we relished was Lassi.”