I love being a part of TV shows, says Farah Khan

The TV judge, however, is grateful for her alternative career on the small screen. 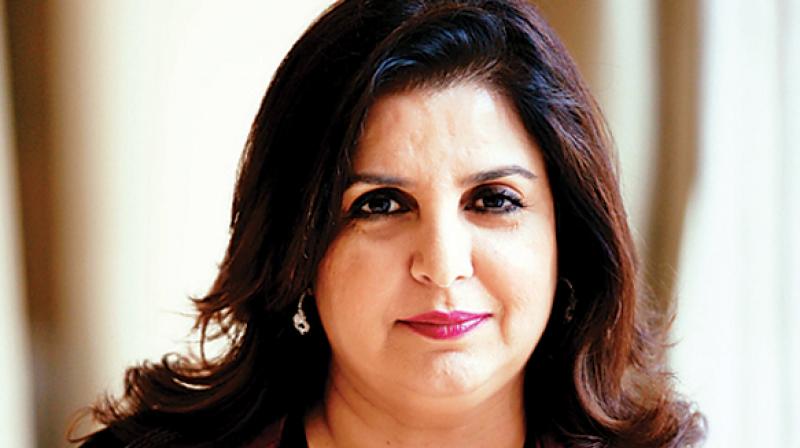 Farah Khan has been a choreographer, director and a judge on television for a long time now, but she reveals that direction will always be her first love. Farah, who is currently seen in the reality show Lip Sing Battle, says, “I’m happy hosting shows that I’m a part of. However, now I am itching to return to direction, and will start directing when I get a good script in hand.”

If there’s anyone who is unhappy with Farah taking up projects, it’s her three children. She says, “The moment my daughter sees there’s a light at the dressing table, she gets very upset. She will come running to me, and ask me when I will be back. Now I feel like I should give more time to my children.”

The TV judge, however, is grateful for her alternative career on the small screen. “To be frank, I love being a part of these shows. Whenever I visit abroad, people recognise me — it feels great. Above all, I won’t deny that the fact that I get paid well on television. We need that money,” she smiles.

In fact, she even hopes to work on a web series. Farah says, “Web series are the future. I did get a few offers. I am waiting for a fresh script. But I will announce a film first. I am planning to direct one soon.”

Going by the recent trends, it is Bollywood that isn’t getting the audience’s money, as big productions continue to deliver duds. “People don’t wish to watch masala films of the ’50s any more,” she explains, “Audiences do not want loud films at all. They are watching Netflix and Amazon that have fresh ideas. When viewers get to watch good content at home, why would they like to spend exorbitant amount to buy tickets and watch films. It is simple content that works.”