As parents, we have reason to feel concerned, says Farhan Akhtar

As an actor, Farhan feels he can’t play anti-social characters in his films anymore. 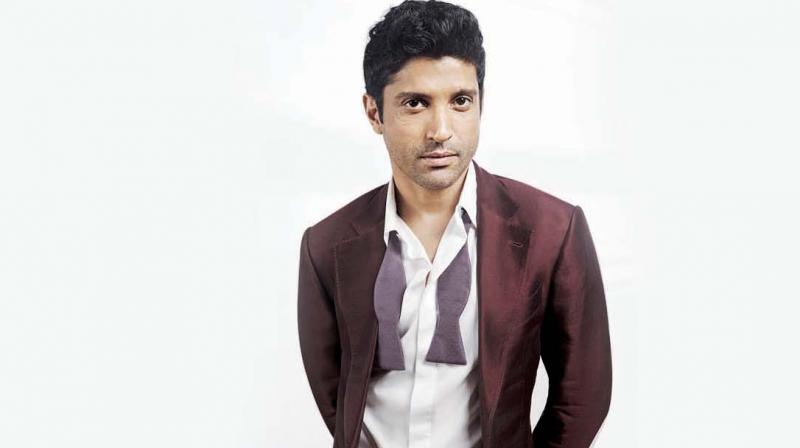 Like all of us, the murder of the seven-year old child at a posh school in Gurugram has left filmmaker-actor-activist Farhan Akhtar shell-shocked. “I am numbed. Words fail me. We speak about crime and then move on. This is the mistake that we make and this is what encourages crime — the lack of accountability and sustained protest. The most frightening thing is, that the monster who did this horrific deed to the child thought he would get away with something so inhuman. I can’t even begin to imagine what the child’s parents are going through,” says Farhan.

The actor clarifies that a case like this isn’t exclusive to privilege that the upper class is forever crucified for. He says, “As parents, we have reason to feel concerned. You say people like us are empowered and privileged and therefore relatively safe. I disagree with you. Because when my children go to school, their parents are not with them. They are as vulnerable as any other child from any section of society.”

The actor then went on to talk about the school’s lackadaisical approach towards the safety of students. “It is the school’s responsibility to ensure student safety. I think the school administration has failed not just the child but also proved how damaged our system is,” says Farhan, wondering how such potential criminals are employed to protect children. “I mean, we are talking about the most vulnerable section of our society — the children. Had they cross-checked this monster’s credentials before employing him?” rues Farhan.

In 2012, Pallavi Purkayastha, legal adviser with actor Farhan Akhtar’s production house Excel Entertainment, had been killed by the watchman of her building. His  credentials were unverified. “To save money, people employ dubious people to look after homes and schools. We immediately need to pass stricter laws against careless employment of unverified people. Whether they are potential criminals or not is not written on their faces. How do we know that the watchman employed to protect our homes or the bus conductor employed to drive children to school is trustworthy?” asks Farhan.

He also feels that empowered sections of society do not exercise enough clout to stop these crimes. “Don’t just point fingers at actors. It could be any empowered/privileged individual or organisation. We all must join forces to make sure that no potential criminal feels he can get away a crime as heinous as the one committed by that bus conductor in Gurugram.”

As an actor, Farhan feels he can’t play anti-social characters in his films anymore. “Now I doubt I will ever play a serial killer, rapist or a child molester just because it would challenge me as an actor. What about the much greater challenge that we face as nation to protect our vulnerable sections? We who have a voice must think twice before using that voice.”