Advani says he has been totally truthful to the real incident. 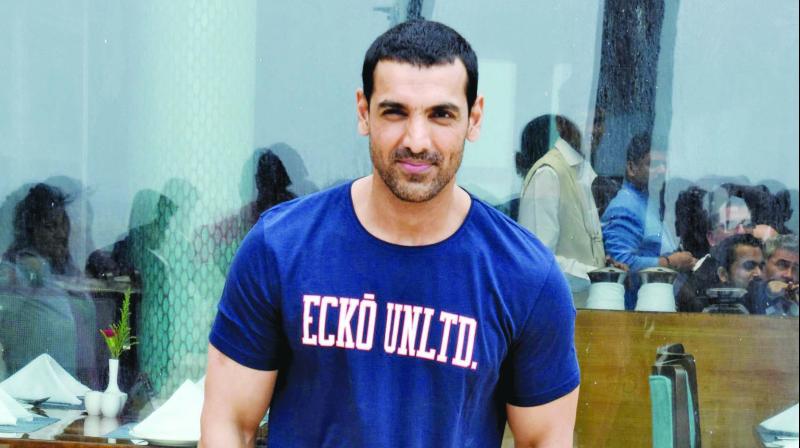 Nikhil Advani’s politically intense Batla House tackles an issue that could spell as much trouble for the director. On 19 September  2008,  a group of police personnel stormed into the eponymous Batla House and shot suspected terrorists. “The debate continues to this day. Were the wrong men killed?  I feel, policemen in our country are constantly put on the dock. According to me, a police officer who takes an on-the-spot decision to pull that trigger is no different from a soldier at the border who kills an enemy. Both are doing their jobs according to the best of their abilities. But while a soldier is lauded by the nation, a  cop is looked on with suspicion. The word  ‘encounter’ itself is a sensationalisation of a sensitive issue,” says Advani who worked with John Abraham at the beginning of his career in Salaam-e-Ishq.

Advani enthusiastically says, “It’s a different John this time. Throughout Batla  House, he surrendered himself to his cop’s part, did his research, learnt  Arabic, lost weight and played the character with restraint.”

Advani says he has been totally truthful to the real incident.  “I’ve given three points of view to the killings of the young people on 19 September 2008. Each gives a persuasive perspective on what could have happened. The court’s verdict is the  final word on the controversial incident and we’ve given that viewpoint as the truth.”

But controversy has already surrounded Batla House. Says Nikhil, “I’m getting inquiries on whether I’ve been fair to the viewpoint that the killing of the young people was a matter of wrongful judgment. The  questions are building up as the release date approaches.”

On making a political film, he says, “I wanted to start my career at Karan Johar’s Dharma Productions with a film on political terrorism. But Yashji (Karan Johar’s father Yash Johar)  felt Dharma had  established an image for romantic cinema after and Kuch Kuch Hota Hai and Kabhi Khushi Kabhie Gham. So, I directed Kal Ho Na Ho  instead  of  the political film for Dharma.”