Ranbir Kapoor’s back with a bang!

Fans of the actor’s work say that he was never out of the reckoning. 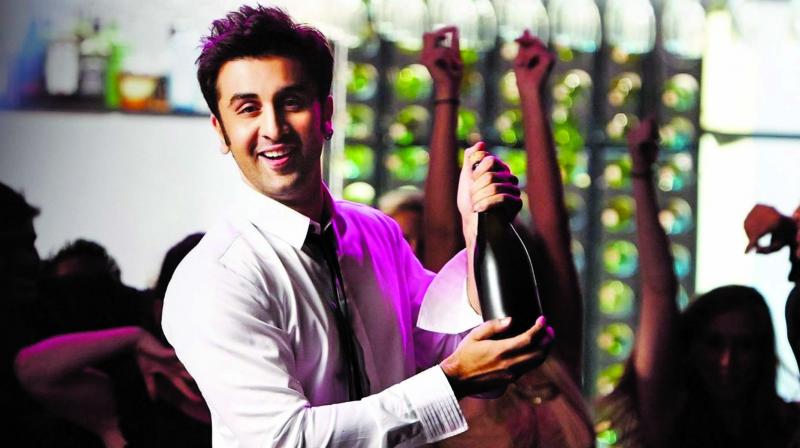 Rajkumar Hirani’s Sanju is not just the biggest hit of the year, it’s also a testament to Ranbir Kapoor’s acting prowess.

The actor was offered the film just as he was being written off after the crippling failure of ambitious projects like Besharam, Bombay Velvet, Roy and Jagga Jasoos. The rest, as they say, is history.

A close friend of his says that the last year has been agonizing for Ranbir. “It’s not just Ranbir. His parents also had to watch helplessly as Ranbir agreed to do film after film with directors who professed friendship and then betrayed his trust,” the friend says.

Not many people know that it was actually Ranveer Singh who was finalised for Bombay Velvet. But when Ranbir expressed a sudden interest, Ranveer was unceremoniously ousted and replaced in the doomed project.

The friend says that Ranbir’s father Rishi Kapoor did not want him to take up either Bombay Velvet or Jagga Jasoos.

“Chintu ji (Rishi Kapoor) has a wonderful sense of script, as we all know. He implored Ranbir to run his projects past him, but Ranbir wouldn’t listen. Only after the failure of Jagga Jasoos did Ranbir relent and agree to consult with his father regarding the scripts offered to him,” reveals a family friend of the Kapoors, adding that Ranbir now seeks the opinions of two people before taking up any new projects — his father Rishi Kapoor and Karan Johar.

The brilliant actor seems to have learnt his lesson the hard way. After a serious of flops, projects earmarked for him began to be offered to actors like Ranveer Singh and Varun Dhawan.

“We can call it the sting of the Singh. All the big projects meant for Ranbir Kapoor began going to Ranveer Singh,” says Ranbir’s friend.

At such a time, Sanju came to him as a godsend. Says senior media person Bharati S. Pradhan, “Every Friday counts. But not for Ranbir Kapoor. His debut film, Saawariya, was a disaster. His biggest commercial hit, Yeh Jawani Hai Deewani, couldn’t cross the 200 crore mark. And he’s had more commercial failures than any other contemporary star. But Ranbir has never ever been written off, simply because he’s been a brilliant actor all-round. Unlike most of his colleagues who’ve aimed for stardom, Ranbir has stolen your heart. I have never seen a single misstep in any of his performances, whatever the quality or the fate of his films. And even if I have issues with calling Sanju an ‘honest biography’, which it most certainly is not, I am thrilled that Ranbir’s extraordinary performance in it has fetched him a thumping response. It’ll always be achche din for him; I don’t see any actor matching his brilliance.”

Writer-filmmaker-editor Apurva Asrani agrees that box-office numbers don’t do justice to Ranbir’s talent. “A star may be as good as his last hit, but an actor is as good as his last performance. And a good performance goes far beyond weekend box-office numbers. Ranbir has consistently proven himself as a good and sincere actor. His work in Rocket Singh, Barfi! and Rockstar will stand the test of time, irrespective of the films’ earnings. Even though Besharam may not have worked, Ranbir gave a despicable character his heart and soul, making him immensely watchable. I haven’t seen Sanju yet, but I’m sure he has done a great job. I hope he continues to take up challenging roles and keeps the actor in him alive and evolving,” he says.

Media baron Pritish Nandy says, “Ranbir is one of our finest actors. Hits or misses don’t count; not for a serious producer, nor for a serious actor. He is very good in roles that he enjoys doing.”

Filmmaker Rahul Rawail, who is a close friend of Rishi’s, is happy that Ranbir’s back in good form. “A good actor is always good! Commercial success is not directly proportionate to talent. The industry, unfortunately, equates talent with success,” he says.