Don't know what my father would've tweeted then: Ranbir on poor marks in school

Glad that back then there was no Twitter, Ranbir said his father would have tweeted about his poor grades in school otherwise. 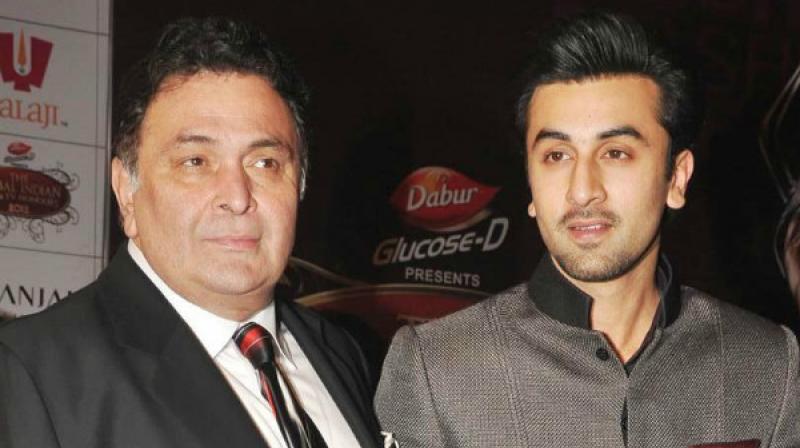 Ranbir Kapoor and Rishi Kapoor worked together in 'Besharam.'

Mumbai:  Actor Ranbir Kapoor said as a kid, he was so bad in studies that his mother, Neetu Kapoor, used to threaten him about complaining to his father. Ranbir said he is glad that back then there was no Twitter, otherwise his father, Rishi Kapoor, would have tweeted about his poor grades in school.

"My mother used to come to my school when the results were declared. I would always apologise and say 'I'll work harder, get good marks and won't fail in any subjects'. Mom would say if she saw a red line in my report card, she would tell dad. I used to cry because I was very scared of him," Ranbir told reporters.

"Good thing is back then there was no Twitter. Otherwise I don't know what he (Rishi) would've written," Ranbir said at a special 'Jagga Jasoos' event during which he interacted with school children.

The 'Tamasha' star said he is the most educated member in his family.

"My family's history isn't that good. My father failed in 8th grade, my uncle in 9th and my grandfather in 6th. I am actually the most educated member in my family. I got 56 per cent in my 10th boards and my best of five percentage was 60."

The actor said since he was a below average student in school, he started playing football.