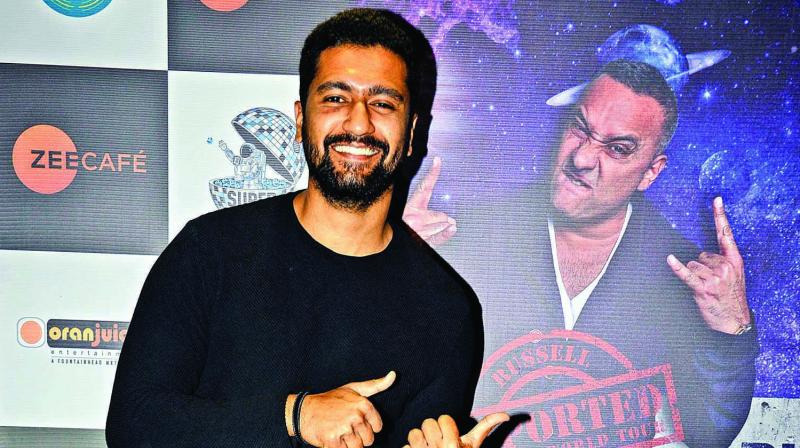 When Shah Rukh Khan said no to replacing Aamir Khan as the lead in the Rakesh Sharma biopic called Sare Jahaan Se Achcha, Vicky Kaushal’s name was added to the list. With SRK keeping mum on his next inking, Vicky is still waiting to see if he will step into Sharma’s spacesuit.

Meanwhile, it is also rumoured that Vicky will replace Akshay Kumar in the Hindi remake of Veeram — a film on similar lines of Satte Pe Satta. Veeram, which starred Ajith and Tamannaah Bhatia, is about five brothers. Of the five, the eldest one does not want to get married because he thinks it will bring discord in the family. The story is about how his four brothers try and get him hitched and the drama that ensues.

“Veeram is a complete masala entertainer. Farhad Samji is to direct it for Sajid Nadiadwala. It was earlier being said that Akshay Kumar would do the film, but now rumour has it that Vicky has replaced Akshay. Vicky is one of the new stars on the block along with Varun Dhawan, Ayushmann Khurrana and others and is bagging hardcore commercial film roles as well now.

An official announcement is expected soon,” says a trade source. Vicky’s schedule currently comprises of a horror film with producer Karan Johar, followed by Ashwathama for Ronnie Screwvala and Aditya Dhar, and Sardar Udham Singh for Shoojit Sircar. He will also be shooting for KJo’s Takht later.