The newcomer shared a cute throwback picture on Instagram and had an interesting caption to it. 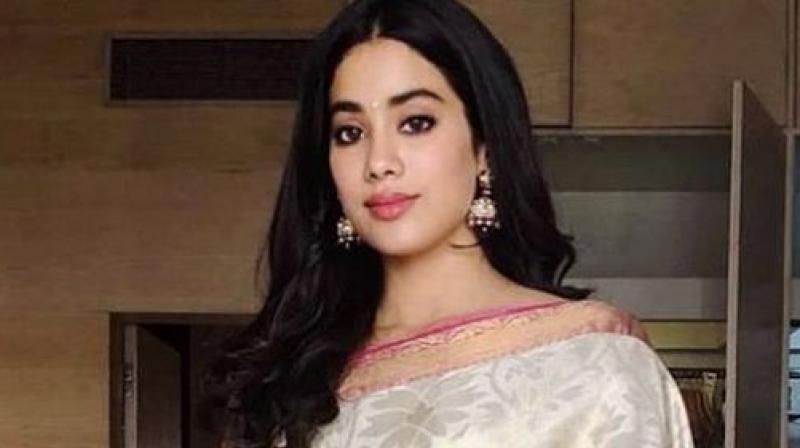 Janhvi Kapoor is already popular even before her debut.

Mumbai: Sridevi’s daughter Janhvi has finished shooting for her first film ‘Dhadak’ opposite Ishaan Khatter and Monday holds special significance in her journey as an actress.

The soon-to-be-debutante will make her first public appearance in front of the media for a professional reason and address her debut press conference as the trailer of the venture will be launched on the day.

However, according to the actress, not ‘Dhadak’, but a classic film could’ve been her debut, where she was to play an iconic character.

Well, Janhvi is only joking! The youngster recently shared a throwback picture on Instagram story from her childhood, where she looks extremely cute dressed as a joker.

In the caption, she quipped that she was offered the iconic character of Joker, played by late Heath Ledger, in Christopher Nolan’s ‘The Dark Knight’, which she turned down, only for ‘Dhadak.’ 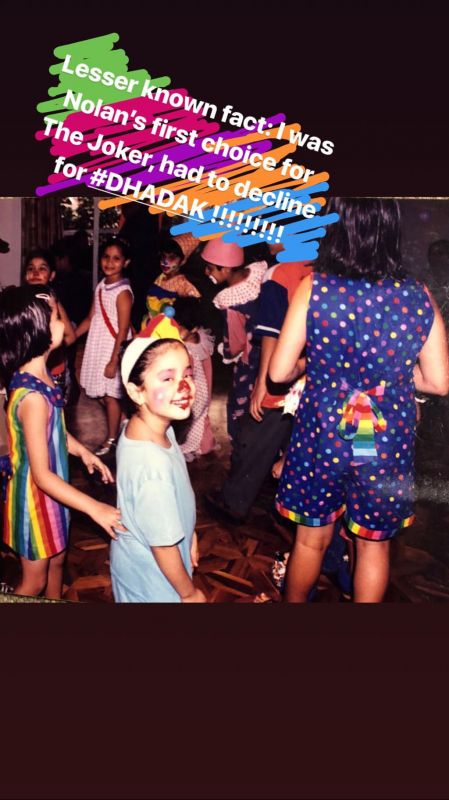 Janhvi surely has some sense of humour.

Though she looked confident in her first interview to Karan Johar for a magazine, it has to be seen if she can handle some of the tricky media questions at the trailer launch with such tongue-in-cheek replies.

Or will the newbie fumble? Only time will tell.

‘Dhadak’, directed by Shashank Khaitan, and produced by Karan Johar’s Dharma Productions and Zee Studios, is releasing on 20 July.