SRK: No similarity between 'Jab Harry met Sejal' and 'When Harry met Sally'

According to the 51-year-old actor, the Imtiaz Ali directed film is 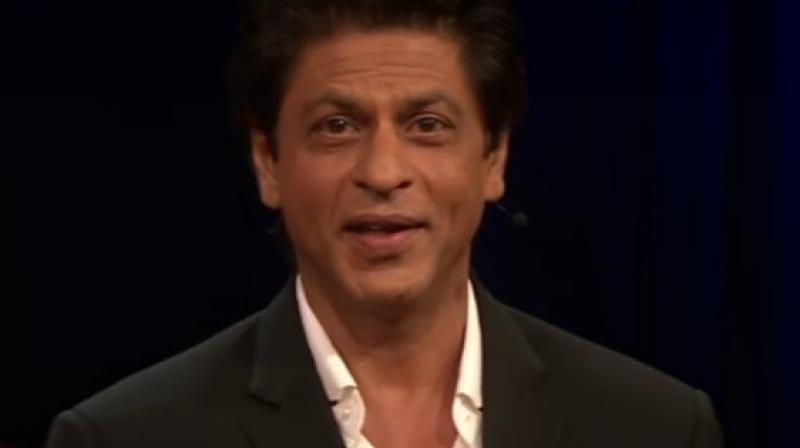 Mumbai: The first thing that pops up in our mind when we hear 'Jab Harry met Sejal' is the classic rom-com 'When Harry met Sally.'

Along with much appreciation, the Shah Rukh Khan- Anushka Sharma-starrer flick garnered curiosity, whether the story is similar.

To look for an answer, when ANI quizzed the Badshah of Bollywood on the same over the phone, he quickly replied, "No, not at all, it's a way to attribute."

"The films have no similarity, except for the fact that we can hope our movie can also be one of that kind of unabashed classic love stories. 'When Harry met Sally' is one of the greatest love stories ever made in the history of world cinema. Ranbir (playing Anushka's fiance in the film), myself, we all thought, 'When Harry met Sally' is such a favourite film and also a love story, there's nothing about the stories, which is similar. It is quite original, a fun space love story by Imtiaz Ali. But it is a take off from there (When Harry met Sally) as that movie is a classic. It is a way to attribute.

According to the 51-year-old actor, the Imtiaz Ali directed film is "a funny, unabashed love story."

When asked whether the title of the cult 'When Harry met Sally' will help in garnering attention for 'Jab Harry met Sejal,' the 'Dear Zindagi' actor replied, "I hope I am able to garner that attraction."

"I will try best. I hope people come to see the movie for Imitiaz, Anushka and me. I think 'When Harry met Sally' is more of a metaphor now, rather than a title," he said.

After much wait and anticipations, the makers came out with the title of the film on June 8. With this came the change in the release date of the flick from August 11 to August 4.

This move was taken to avoid the clash with Akshay Kumar's 'Toilet: EK Prem Katha,' at the Box Office.

Speaking on the same, the 'Dilwale' actor said, "On all levels, these are capacity running films. Normally we release our films in four thousand theatres. When it is about sharing that space with anyone, you lose out on the capacity to nurture a film like 'Jab Harry met Sejal.' It is a funny unabashed love story, helmed by Imtiaz Ali, who has a special place in people's heart, as a director. The same goes for Anushka, myself, even the songs. It's a very happy film. These kinds of films do take on the capacity of the theatres available."

The romantic drama was widely shot in Prague, Amsterdam, Lisbon and Budapest and marks the third flick of Shah Rukh and Anushka, together, after 'Rab Ne Bana Di Jodi' and 'Jab Tak Hai Jaan.'