Salman believes in Santoshi’s abilities and hence wanted him to direct Atul Agnihotri’s film based on the Korean film An Ode to My Father. 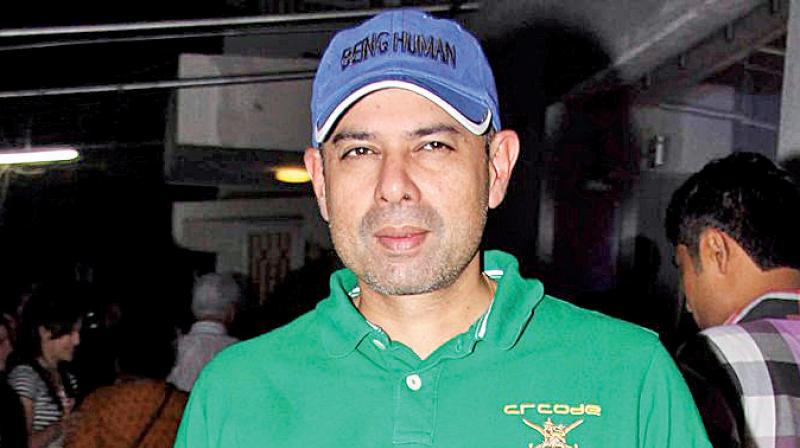 We hear that Salman’s brother in law, producer Atul Agnihotri is readying for another project even though he had announced a sequel to Bodyguard amidst fanfare.

Any Salman fan would vouch for his comic timing in Andaz Apna Apna. Rajkumar Santoshi’s  epic film remains one of his career best where he was paired with Aamir Khan in this rib-tickling comedy. No wonder then he made a guest appearance in his estranged lover Katrina Kaif’s film Ajab Prem Ki Ghazab Kahani with her then lover Ranbir Kapoor.

Salman believes in Santoshi’s abilities and hence wanted him to direct Atul Agnihotri’s film based on the Korean film An Ode to My Father. An Ode to My Father is the second biggest hit in Korean history and deals with the life of a child bread winner who heeds his father’s advice and leaves home to take care of the rest of his family, while the father searches for his sister during the Korean evacuation. The brother and the sister unite in the end with the father still missing. The Bollywood version of the film is a period drama set during the partition of India and Pakistan.

However, Salman was not too happy with the first draft of the script. Also, he is now doing a balance of good cinema with commercially successful stories like Bajrangi Bhaijaan, Sultan and the upcoming Tubelight. So, he gave it a miss. Atul is said to be redeveloping the script and making it Salman worthy. Salman’s dear friends, directors Kabir Khan and Ali Abbas Zafar are being considered to join the team, as well.

Currently, Salman is busy with the film promotions of Tubelight. He will be shooting for Remo’s next film on dance and then will oversee the release of Tiger Zinda Hai. Then there is Dabangg 3 also on the cards.

Atul will have to get in line for Salman’s dates, we guess.