The star kid's debut film is set to star Sushant Singh Rajput as the male lead. 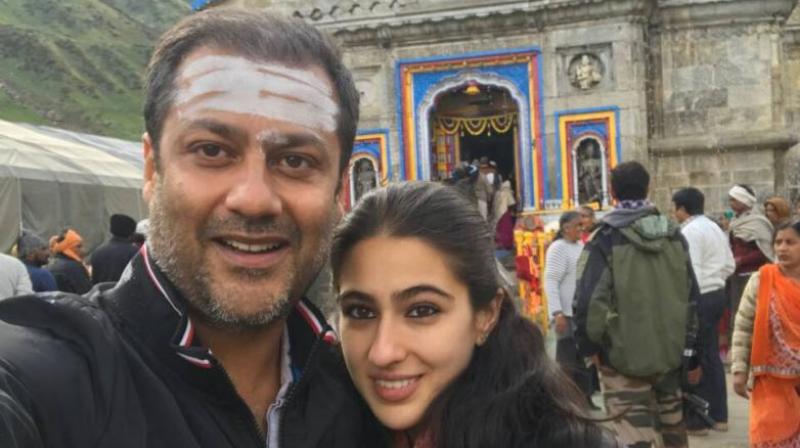 Mumbai: Abhishek Kapoor, who last helmed the disastrous ‘Fitoor,’ was earlier spotted having dinner with Sushant Singh Rajput and Sara Ali Khan, fuelling rumours of a collaboration. Sources now reveal that the filmmaker and the young debutante, who is already creating quite a buzz, were in Kedarnath yesterday for a special Darshan before the film goes on floors.

Located in Uttarakhand, the temple is considered extremely auspicious and is reached only after a 22 km trek.

Abhishek who was travelling to the state for the recce of the film, was joined by Sara to seek blessings before embarking on their new journey.

While the maker remains tight lipped about the details, sources reveal that the film which goes on floors at the end of the year, is a love story starring Sushant Singh Rajput and Sara Ali Khan.

"Abhishek Kapoor was in Uttarakhand for the recee of the film , which is titled Kedarnath. Interesting the Kedarnath mandir is considered very auspicious and Sara wanted to join Abhishek Kapoor there for a special darshan. The two attended an Aarti yesterday morning to seek blessings from Lord Shiva, before the ground work and prep on the film commence," a source said.