Aditya, who had already collaborated with Mahesh on Aashiqui 2, can’t stop gushing about the Sadak 2 director. 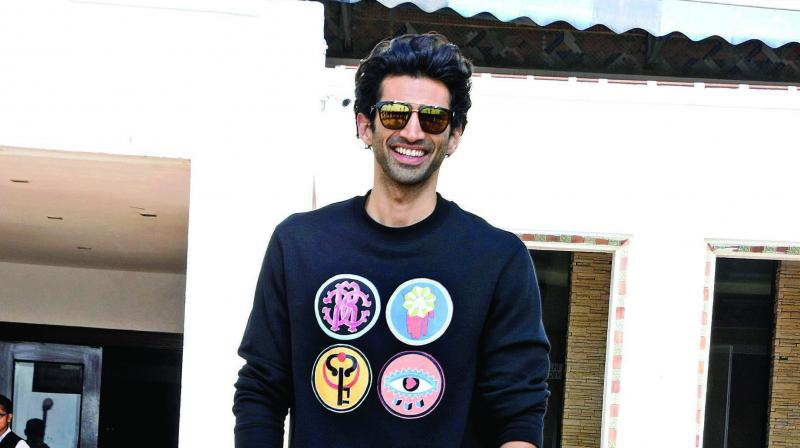 Aditya Roy Kapur, who was last seen in the multi-starrer Kalank, is looking forward to his next project, which is a sequel to the 1991 blockbuster Sadak.  Aditya, who had already collaborated with Mahesh on Aashiqui 2, can’t stop gushing about the Sadak 2 director.

Talking about working with Mahesh, Aditya says, “I am excited to work with Bhatt saab. He was so inspiring giving Aashiqui 2 to Shraddha and me. We spent a lot of time in his office before we went on the floors, speaking about the theme. These talks were very inspiring and stayed with us and helped us before the film went on floors.”

The last movie that Mahesh directed was Kartoos in 1999. Now, he will be seen directing Sadak 2 that features his daughters Alia and Pooja Bhatt, Aditya and Sanjay Dutt among others.

As for Aditya, the actor is in awe of Mahesh’s enthusiasm. “I am most excited about the opportunity to be directed by Bhatt saab. He is bursting with enthusiasm and for someone who’s done this for so many years, and still displays that kind of emotions is really infectious. As an actor, I really feel like I am going to be in one heck of a ride. I am excited to be working on the film,” he reveals.

Furthermore, the actor reveals that he is also inclined towards direction and would like to pursue it one day. “I feel like the direction is much more of an intensive job than acting. It can’t be done just like that; we really need to have a story to tell. I am hoping to do it at some point of time,” says the 33-year-old actor.

Adding further, he concludes, “There are a couple of stories that I have in my head for which I feel like I should collaborate with people. So yes, if I would like to direct, I would also like to write whatever I direct.”