Entertainment   Bollywood  10 May 2019  Did you know? 'Bharat' star Salman Khan devoted this much time to get old man look
Entertainment, Bollywood

Did you know? 'Bharat' star Salman Khan devoted this much time to get old man look

The portrayal of the character with different stages of life is a treat for ever fan to watch. 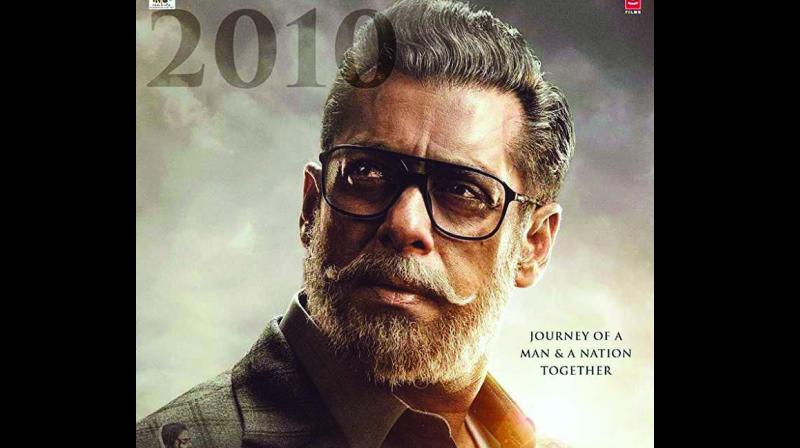 Mumbai: Salman Khan devoted two and a half hours before the shoot to get into his salt and pepper look for Bharat. The actor took his fans by surprise with the first poster itself. The portrayal of the character with different stages of life is a treat forever fan to watch.

The look does have a lot of hard work put in by the makers and Salman Khan, himself. The director recently revealed in an interview by quoting, "It’s a very tedious process, but he would be patient. It would take him two-and-a-half hours to get ready. After the narration, he understood that not only did the script demand it, but this look is also very significant in keeping with his character graph. He was very supportive about the idea and the entire process.”

Salman Khan had to try out 20 different beards and moustaches for the look before finalising the perfect fit. The actor's patience was appreciated by the director and the makers.

The prosthetics were designed by a UK-based company and executed with Indian make-up artists. The making and the efforts of the cast and the makers show the grandeur of the film.