Entertainment   Bollywood  10 May 2017  Here’s why Sridevi wasn’t a part of Baahubali
Entertainment, Bollywood

Here’s why Sridevi wasn’t a part of Baahubali

If the source is to be believed, Boney asked for an astronomical amount and a part of the Baahubali profits. 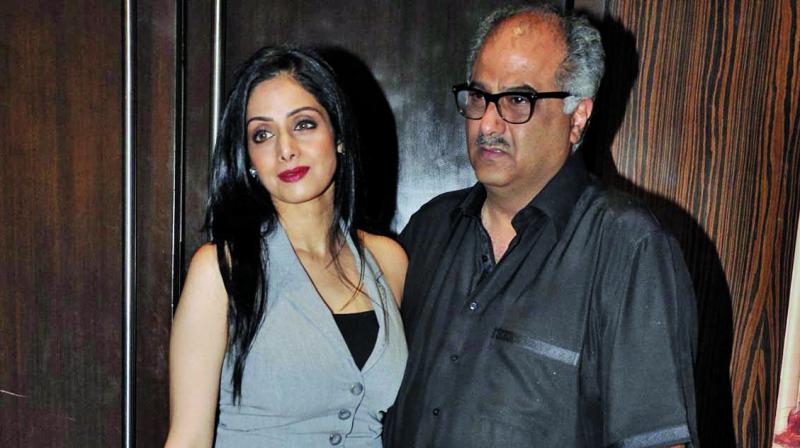 Lately, there has been much talk in the press about Sridevi being the first choice for the role of Sivagami in Baahubali 2. Sources very close to the Baahubali team are extremely miffed by this non-casting news being leaked into the press.

A source from the Baahubali team says, “We respect Srideviji a lot. And yes, she was the first choice for Sivagami, but this was very early in the project. When we approached her, her husband Boney Kapoor quoted a staggering fee. Plus he wanted a share of the Baahubali profits. We immediately dropped the idea, though we were very keen on casting Srideviji. Later, we came to know she did a Tamil film (Puli) where she was given the fee that her husband wanted.”

The source added, “We can’t imagine anyone  else playing Sivagami. And we feel it is in very bad taste for an actor to talk about a role that he or she did not do. By doing so, the actor who did the role is belittled.”