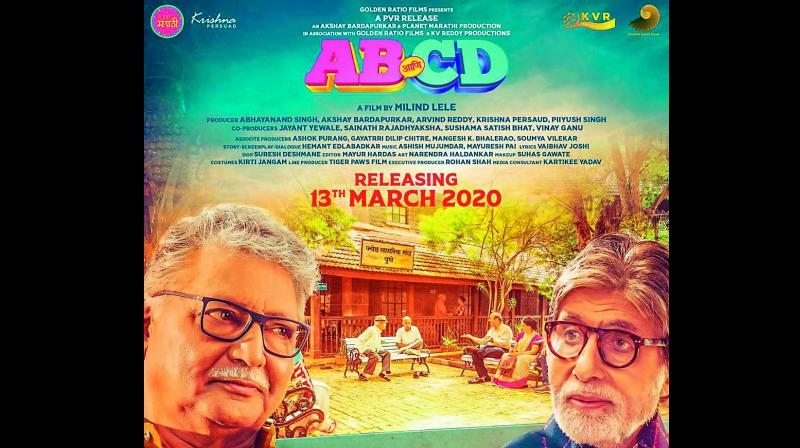 Amitabh Bachchan’s first Marathi film in a title role — AB Aani CD, in which he plays himself — had released along with Angrezi Medium in the theatres last month before being yanked off the screens when the lockdown was announced.

Earlier, the makers had decided against the continuation and planned a re-release of the film but, “Things didn’t go our way, and safety come first. Hence, we will not re-release the film as planned earlier but will look at a date when Amazon deems it fit to put it on their platform,” says producer Akshay Bardapurkar.

Many other Bachchan films that were slated to be released in this period have all been pushed behind, including Chehre, Jhund and Gulabo Sitabo. His fifth film Brahmastra was already pushed to the end of the year. The actor’s fans will have to watch AB Aani CD in the meantime until any of his other films manage to release in the future.