Deepika is currently shooting Delhi for 'Chhapaak' in which the actor is playing a role of acid attack survivor. 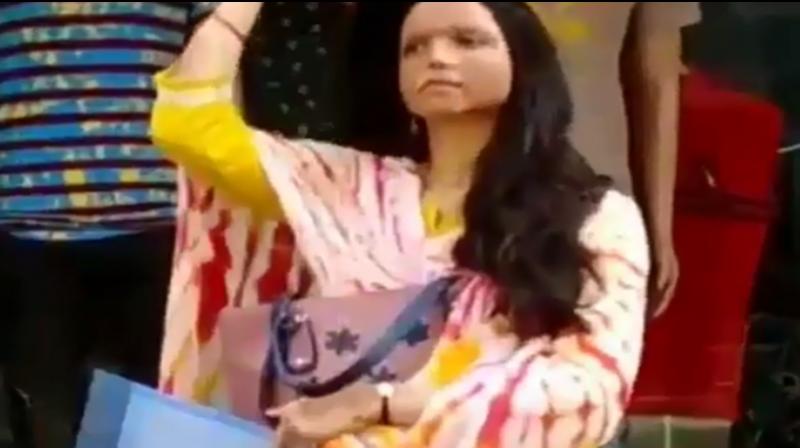 Screengrab from a leaked video of Deepika Padukone from the sets of Chhapaak. (Photo: Instagram)

Mumbai: Ever since Deepika Padukone shared first look from her upcoming film Chhapaak, fans have been getting curious to see 'Padmaavat' actor in different avatar again on the big screen. Well, Deepika is currently shooting Delhi for 'Chhapaak' in which the actor is playing a role of acid attack survivor.

However, a video from the sets has recently got leaked on the social media in which Deepika and her Chhapaak co-star Vikrant Massey can be seen shooting a scene.

Viral video of #deepikapadukone and #vikrantmassey

In a video, Deepika in a yellow salwar kameez, can be seen getting off a bike with Vikrant in one of the markets of Delhi. Further, Vikrant crosses the streets whereas Deepika waits for him. Vikrant is seen dressed in a blue shirt and black pants.

Notably, Deepika will also be producing the film for the first time. Directed by Meghna Gulzar, 'Chhapaak' is set to hit the screens on January 10, 2020.