Zeenat who starred in the memorable Zakhmee Aurat years ago says that she has not been able to catch up on the bevy of female-oriented films of late. 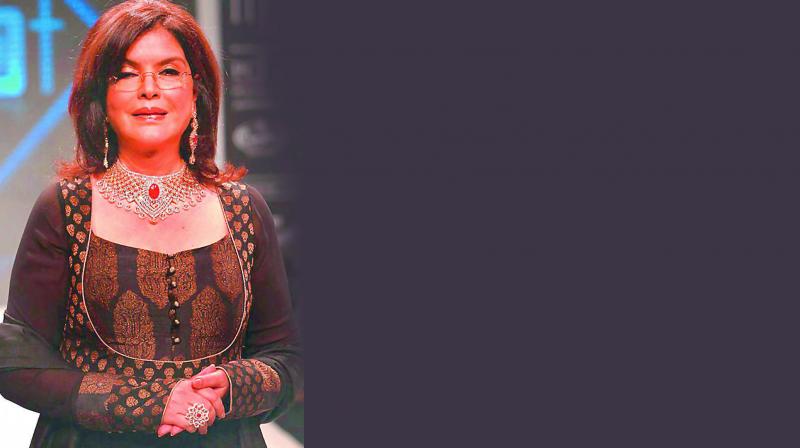 Zeenat Aman who has been missing from the screen and the social circuit was in the news of late for a case she has filed against a businessman regarding harassment.

The senior actress says that times have changed and so has the meaning of stardom. “In life, you have to play with the cards you have been dealt. Whatever professional offers I had, I had to choose from that. Now things have changed. Times have changed. Everything is available on your fingertips. Digital rules the world as everyone has a mobile phone. News spreads from one corner of the world to the other in seconds. During our times, stars were ‘stars’! People used to wait for films to release so that they could go to the theatres and watch their favourite actor and perhaps even meet them there. This is also a good time, but it is different,” she opines.

Zeenat who starred in the memorable Zakhmee Aurat years ago says that she has not been able to catch up on the bevy of female-oriented films of late. “I have heard of them but I have not seen such films. I have not had the opportunity, but I will make an effort to do so. Men and women and like yin and yang. It is important to have the right representation of women. Women have been mothers, nurturers, life-givers throughout the years,” she adds.
— Sanskriti Media