Uri has already raked in over Rs 241 crores at the box office and is still doing well. 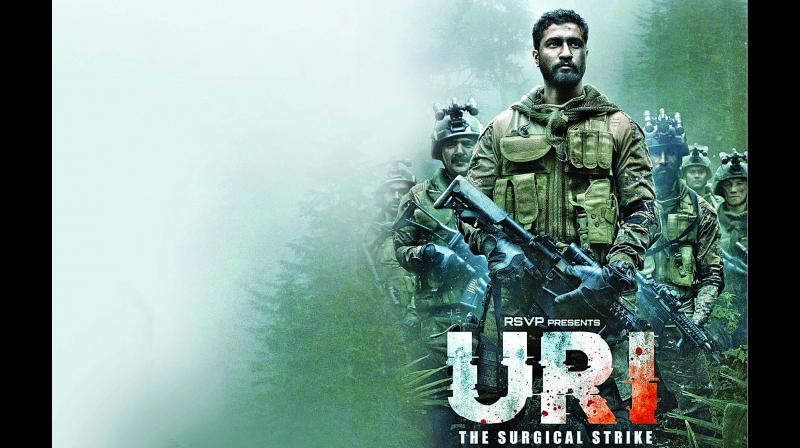 Following a bunch of small-time producers registering titles after the surgical strike 2.0, big time producers have also lobbied for titles to make films cashing in on the success of Uri: The Surgical Strike. Uri has already raked in over Rs 241 crores at the box office and is still doing well.

Titles like Pulwama, Surgical Strike 2, Balakot, Abhinandan, Pulwama: The Surgical Strike, War Room, Hindustan Hamara Hai, Pulwama Terror Attack, The Attacks of Pulwama, With Love, From India, and ATS - One Man Show were applied for registration with the Indian Motion Pictures Producers Association (IMPPA) and are awaiting clearance. Even producer Mahaveer Jain, who was responsible for all the Bollywood stars and makers to have a delegation with Prime Minister Narendra Modi, has also gone ahead this week and registered titles like Airforce Attack among a bunch of similar sounding ones.

Interestingly after the dialogue, ‘How’s the Josh?’ from the film Uri: The Surgical Strike went viral, Ronnie Screwvala Productions (RSVP)—a part of Unilazer Ventures Private—wanted to encash on it and hence applied to register the title at the IMPPA.

The film production house has applied for the title How’s the Josh?, but then another film production house Abundantia Entertainment headed by former Viacom head Vikram Malhotra also pitched in for the same title with IMPPA. “The RSVP title application was approved and the other title was refused because they had the dialogue in Uri and hence the other application, even though it was from a big studio, was approved. It is a mad rush and one feels that filmmakers now want to capitalise on a tragedy like Pulwama to make their films,” says a trade source.

It remains to be seen as to who gets off the block first.