Mere Pyare Prime Minister gets a thumbs up

Mere Pyare Prime Minister is all set to release on 15th March 2019. 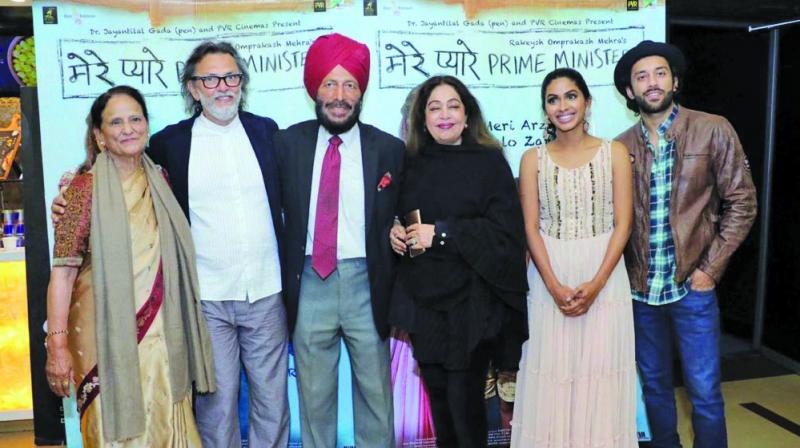 The screening was held for the Flying Sikh of India, Milkha Singh and his family, since the director shares a close friendship with the Indian sprinter after having worked with him on his biopic, Bhaag Milkha Bhaag.

Mere Pyare Prime Minister presents a story of a boy who struggles to make an appeal to the Prime Minister of India to do something about the issue of open defecation after his mother gets raped.

The plotline struck a chord in Sunil Gavaskar’s heart as he said, “The movie carries a great and important message about the necessity of having a toilet. We never realise the problems of people living in the slums and I really hope this film spreads the message across the nation”. While Milkha Singh said, “The film’s idea is very emotional and touching. I hope people give the film the love and acceptance it deserves.”