Salman Khan’s ‘Bajrangi Bhaijaan’ released in India 3 years back, and it has managed to cross another milestone. 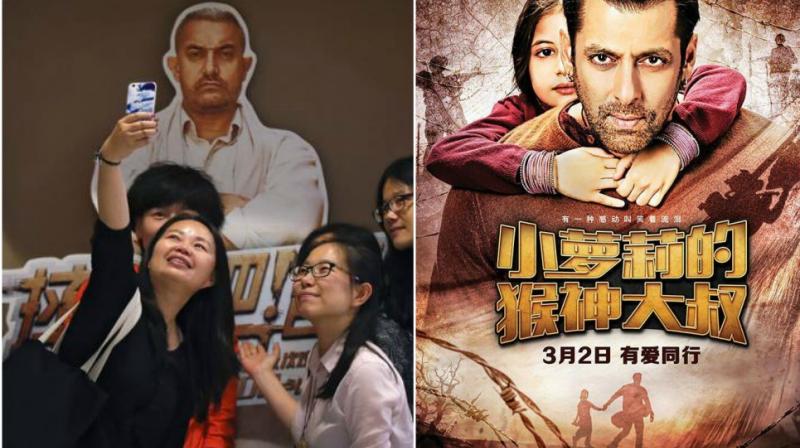 Mumbai: Salman Khan’s ‘Bajrangi Bhaijaan’ released in India 3 years back, and now, after 3 years, the movie still has managed to cross another milestone.

The film released in China a week back and it has already touched the 100 crore mark there. The film’s total collection currently, according to trade analyst Taran Adarsh, is Rs. 117.49 crore.

Co-incidentally this Salman starrer has entered the China market and gained numbers which Aamir Khan movies like ‘Dangal’ and ‘Secret Superstar’ have been minting since a long time.

‘Dangal’ has earned a total of 1255 crore total, while the Diwali release ‘Secret Superstar’ collected 767 crores.

Back in India, ‘Bajrangi Bhaijaan’ had managed to earn 320.34 crore in total, and looking at the collections in China, it looks like the movie might cross the 300-crore club there too.

Amita Naidu, the Vice-President of Public Relations department in Eros International, says, “The audience in China are enjoying the story and the direction, found it very touching. They have loved Salman and found the little girl very cute. Not to forget the music, we've had instances of the audience dancing in theatres to the tune of ‘Selfie Le Le Re!’ China has the world’s largest cinema screen count with over 41,000 screens and with the recent successes of Indian film releases in China, we see tremendous box office potential in one of the most promising international markets for Indian films.”

“‘Bajrangi Bhaijaan’ is just the first of the film associations Eros is exploring in China. Recognizing the significant market opportunity in China, Eros is once again coming together with Kabir Khan for a travel drama, ‘The Zookeeper’ (working title) and are confident this would be the first of the many films releasing from our catalogue,” she added.