Ranveer Singh’s villainous character of Aladdin Khilji is deservedly being received in a very positive manner. 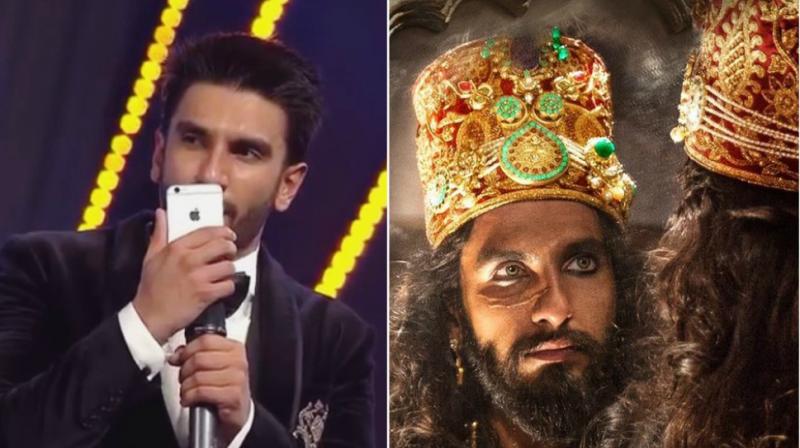 Ranveer Singh at an event, in 'Padmaavat'.

Mumbai: Ranveer Singh’s villainous character of Aladdin Khilji is deservedly being received in a very positive manner. According to sources, Ranveer had to continuously shoot for 45 days as the film was being delayed owing to various problems.

Ranveer was heard stating, “I had got merely 45 days to shoot, during these 45 days I did not get a single day’s break. Usually, after completing a scene for Sanjay sir’s film, the actors need at least a day’s break. But every minute was important thus we had to shoot the scenes in continuation.”

Adding further, he said, “These scenes varied from emotional scenes wherein I had to shout and perform with full energy while the next scenes were with Shahid Kapoor. Thereafter I had to shoot dance sequences. Thus, shooting schedule became a little too heavy this time for me.”

The 37th day was crucial for the actor, but how? Sources who heard, informed us what Ranveer told them, “On the 37th day I cried a lot on phone while talking to my mom. My body was aching very badly. I just cannot forget that 37th day in my life. I also told her that I was being unable to do. After working so hard and sincerely on this, the 37th day I felt as though the shoot is affecting me badly. My heart and mind were forcing me to do my work to the best of my ability while my body was giving away.”