Entertainment   Bollywood  10 Feb 2017  When Kangana got fed up of Shahid and wanted to move out during Rangoon shoot
Entertainment, Bollywood

Shahid would exercise listening to crazy trance and techno songs blasting from speakers which irked the actress. 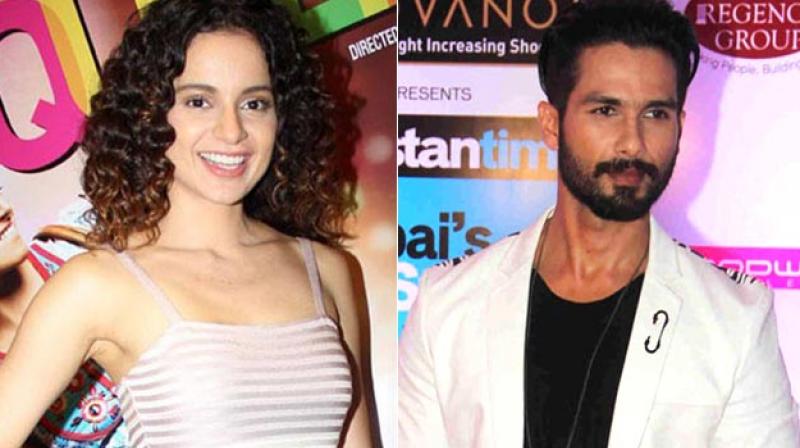 Mumbai: The chemistry between Kangana Ranaut and Shahid Kapoor in 'Rangoon' is there for everyone to see in the intimate moments that they share in the film. However, according to several reports, the two actors don't quite get along off-screen.

While Shahid insists he has no differences with the actress, Kangana reveals that the Arunachal Pradesh shoot was difficult for her because she had to share a cottage with ‘nightmare’ Shahid!

"We were shooting in a remote location where a little makeshift cottage was erected. Shahid and I were sharing the cottages with our respective teams. Every morning, I would wake up to this mad hip-hop music. And he would exercise listening to crazy trance and techno songs blasting from the speakers. I was fed up and wanted to shift out. Sharing the cottage with Shahid was a nightmare,” the actress reportedly informed a tabloid.

The actress, however, had no difficulty adapting to the chilly weather and hilly region as she is a mountain girl herself. “Initially, it was a bit taxing because I was suddenly taken from an urban location to an extremely remote location with no network. But, gradually, it became a lot easier since I am a mountain girl. But Shahid would often freak out,” she added.

Talking about her character in the movie, Kangana said that the script is by far the best that’s ever been offered to her. “This is probably the best script that I have ever heard. The film revolves around my character, Julia, and it was demanding. But, it is a role that comes to an actor once in their lifetime.”

The film also stars has Saif Ali Khan in a pivotal role.