Entertainment   Bollywood  10 Feb 2017  I did my job and Akshay did his job, that’s it, says Anu Kapoor
Entertainment, Bollywood

I did my job and Akshay did his job, that’s it, says Anu Kapoor

Jolly LLB 2 has been in the news after the Bombay High Court appointed a team to review the film, keeping the CBFC outside the equation. 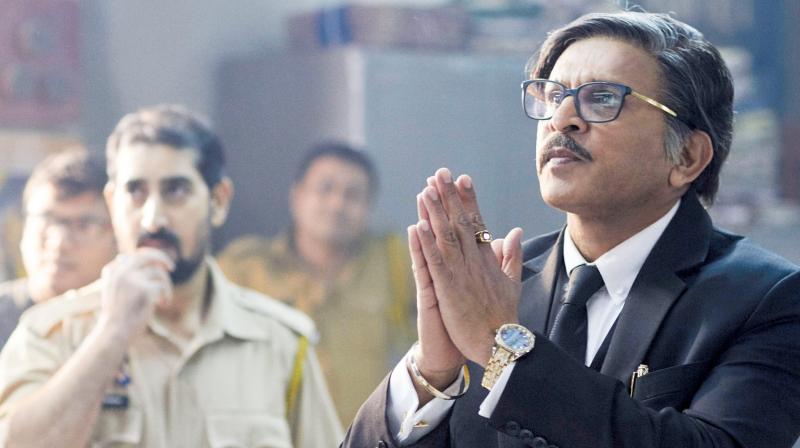 Anu Kapoor says it like it is. Playing the role of a lawyer and antagonist in the upcoming Jolly LLB 2, the actor speaks of the film rather nonchalantly; as opposed to other actors wax eloquent about whatever film in hand. “The offers are not in numerous numbers, so I have to choose the appropriate ones from whatever comes to me. If the money and script are okay, then I go for it,” says Anu explaining his choice of films. Ask him about the experience of working with Akshay Kumar and he continues, “I hardly have any interaction with him in the film. Akshay Kumar is playing the hero and I am playing a so-called antagonist. I won’t say anything since it was very professional environment on the sets. I did my job, and he did his, that’s it.”

Jolly LLB 2 has been in the news after the Bombay High Court appointed a team to review the film, keeping the CBFC outside the equation. What are his thoughts? “These are legal hurdles. When a filmmaker tries to make a film or comment on the contemporary status of the country or running of the system, there are many people to raise objections and this is their right. I haven’t seen or read the documents where the honourable High court has given some kind of guidelines to the CBFC to review the film. But nevertheless, one thing is for sure that it is up to the government to make sure that guidelines are set in the proper manner in consultation with the court, judiciary system and Censor Board," he says.

Anu’s appearances in films these days are few, but he is not complaining. “My fate has decided everything for me. I’m not a guy who’ll crib about the status of my career. I have to accept everything with grace,” he signs off.