When asked about the Box-Office clash with Thackeray, the actress said that there is enough window for both films to release and do good business. 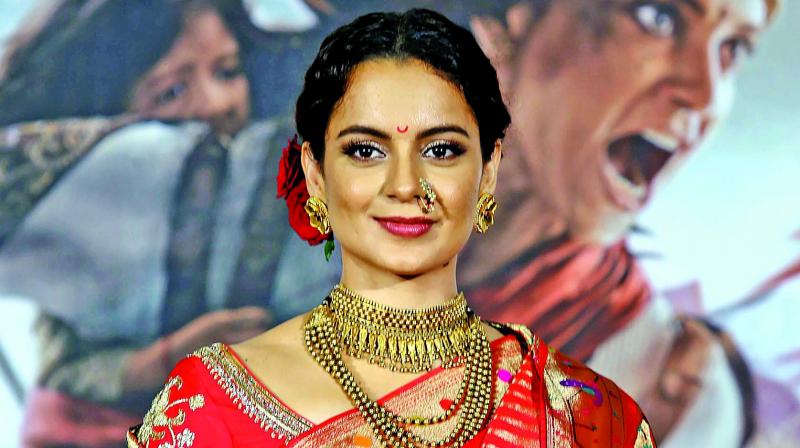 The recent launch of a patriotic number from Kangana Ranaut’s magnum opus Manikarnika was a good occasion for the actress who plays the role of the Queen of Jhansi to share more about the film.

“I have worked in small films earlier, but this film is huge. Not in terms of budget, but because this was the first time I worked with the ‘Tridev’ of huge artists like Shankar, Ehsaan and Loy. They have given seven to eight magnificent songs. All of them are so wonderful, that we could not decide which song we should launch today.”

Sharing her experience working on the sets with the ace singers, and writers Prasoon Joshi and Vijendera, she says, “All the artistes standing along with me are well known figures from Bollywood. I am more than happy. Working with Prasoon Joshi was also a great experience as I got to learn a hugely different, as well meaningful, vocabulary from him.”

As the film’s release date clashes with that of another biopic Thackeray, had she faced any pressure or had anyone approached her to change it? Kangana replies, “No one has told us to shift our release date and no one has approached us. It’s a big window and I think two films can easily release on the same date.”