Big B, RGV, Twitteratti can't get over 'period' clash between Padmavat and Padman 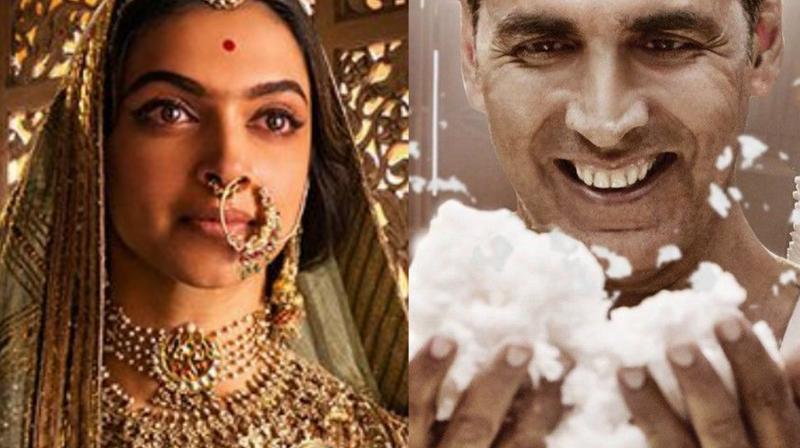 Stills from the two films.

Mumbai: Bollywood's biggest vehicle of controvery, Sanjay Leela Bhansali's 'Padmavat,' christened 'Padmavati' before the CBFC's famed intervention, is finally gearing up for its release. The film, which was earlier slated to release on December 01, 2017, is not confirmed to be releasing on January 25.

However, with this new development, the film has landed itself in an unexpected innuendo of sorts, that celebs and twitterati just can't seem to get enough of.

The pun on both being 'period' films wasn't lost on anyone. not even Amitabh Bachchan.

Incidentally, Big B has a cameo in 'Padman,' which also stars Sonam Kapoor and Radhika Apte.

A true Republic Day is when a period film and a film on periods are releasing on the same day..Jai Ho

A true Republic Day is when a period film and a film on periods are releasing on the same day..Jai Ho

Twitterati also joined in the fun.

'Padmavat,' starring Deepika Padukone, Shahid Kapoor and Ranveer Singh in the lead roles, finally managed to get itself a CBFC certification, with an alleged five cuts.