The cinema-goers will witness an epic clash between Salman Khan, Akshay Kumar and Hollywood’s Vin Diesel. 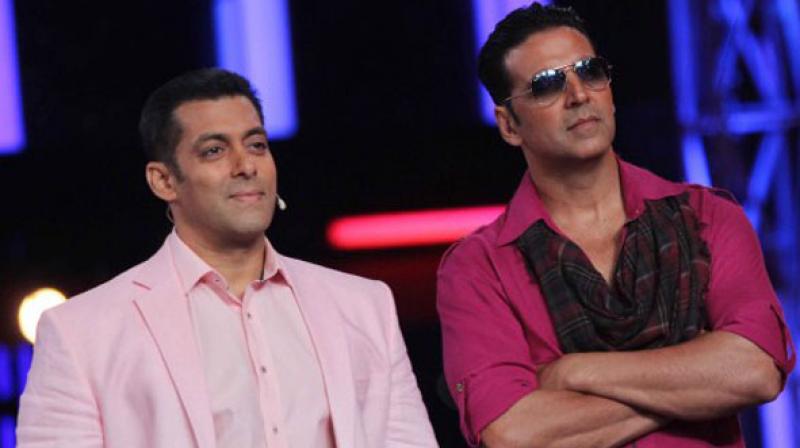 It is going to be a feast for cinema-goers on Eid 2020, when the  latest of the Hollywood box office juggernaut franchise Fast and Furious 9 will release in India on May 22. At the same time, two big stars of Bollywood — the Eid specialist — Salman Khan and Akshay Kumar are also set to clash with India’s Most Wanted Cop: Radhe and Laxmmi Bomb respectively.

While Radhe and Laxmmi Bomb will be carpet-bombing the theatres with multiple screens, Fast And Furious 9, powered by Vin Diesel, will also be driving into Indian theatres  .

Hence, we can expect an exciting fight  for grabbing the most screens. While the seventh and the eighth edition of Fast And Furious steamrollered their Indian oppositions mercilessly, the distributors of Salman and Akshay’s films have also turned quite wary about their efficacy in the Indian market.

“When two big films are releasing there is an expected loss of 15 per cent in revenue due to the growth of multiplexes and the availability of screens these days. It was a much higher loss earlier. But if there are three big films like what we are seeing now, it will be tough for all of them to get their best collections,” says Atul Mohan, Editor of Complete Cinema.

The fact that Salman’s Bharat was just above par this year after two bad performances in 2017 and 2018 in the form of Tubelight and Race 3 respectively, means that he would have a lot at stake. Adding to the fact that his staple cop drama Dabangg 3 also releases later this month. “A lot will depend on what happens with the collections of Dabangg 3,” adds Mohan.

“Even Radhe is a cop film and Akshay’s Sooryavanshi, where he plays a cop, will be out in March and then there is Akshay banging opposite Salman. Vin Diesel is no pushover as well in the series whose last film Fate of the Furious collected over `100 crores in gross collection at the Indian box office. That would mean that the younger generation feeding on a staple diet of Hollywood flicks may well desert the Bollywood films over a Hollywood one,” says another trade analyst.