The yesteryear actress revealed that Jayalalithaa was also a big fan of the former’s husband, late Mansur Ali Khan Pataudi. 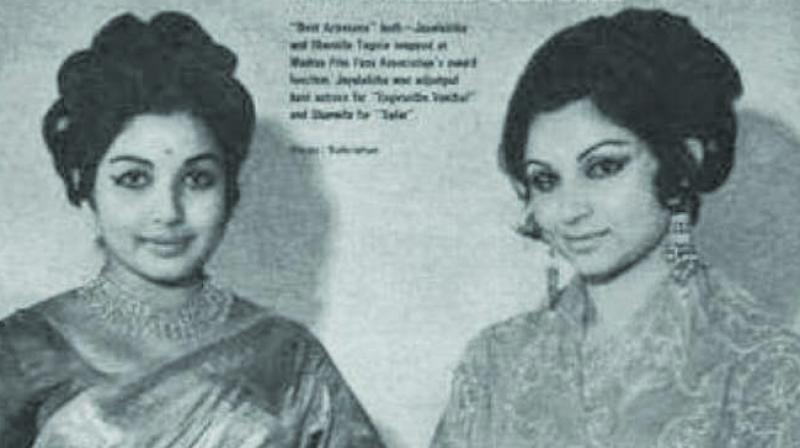 Late Tamil Nadu Chief Minister J. Jayalalithaa, who passed away on Monday night, a few friends and admirers in Bollywood, and among them was Sharmila Tagore. The yesteryear actress revealed that Jaya was also a big fan of the former’s husband, late Mansur Ali Khan Pataudi.

Speaking exclusively over the phone from Delhi, she said, “Jayalalithaa liked my husband’s batting very much and I have also heard that in the early years, she used to go for the matches along with binoculars just to watch him play. She enjoyed Tiger’s batting.”

Recounting her encounters with the late CM the actress added, “I have met her several times in the late sixties. Though I never met her with my husband. I met her with my sister when she was studying in Church Park school but not after she became the Chief Minister.” On a special request, the actress shared an old picture of the two together.