Entertainment   Bollywood  09 Dec 2016  Blast from the past: Jhanvi Kapoor was born a star, here is why!
Entertainment, Bollywood

Blast from the past: Jhanvi Kapoor was born a star, here is why! 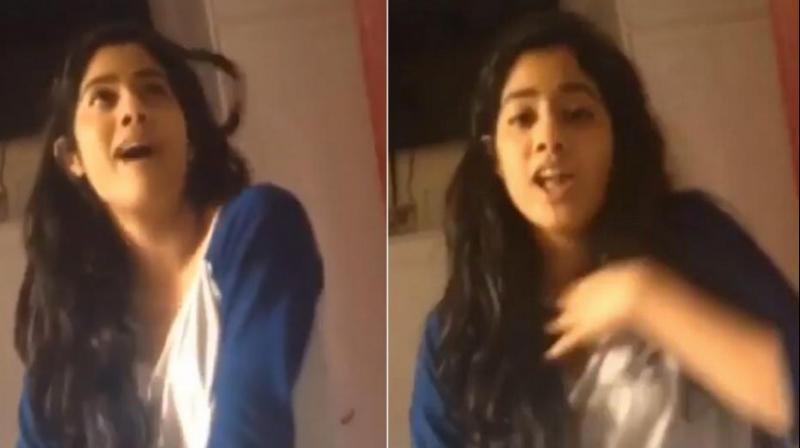 Alia Bhatt, who starred in the first instalment of popular franchise 'Student of the Year', wants Jhanvi to be cast in it's sequel. Talking about Jhanvi in an interview, Alia said, "Jhanvi is so beautiful and hard-working".

Jhanvi has already attracted a lot of attention for her impeccable sense of style.

In addition to her ethereal beauty, the teenager has also mastered the art of emoting through her eyes, a quality her mega star mother was famous for.

In a video that is doing the rounds on social media, Jhanvi can be seen mimicking and delivering dialogues from famous Hollywood films.

Recently, her father confirmed that producer-director Karan Johar will launch Jhanvi. Earlier it was speculated that she will star in Karan’s ‘Student of the Year 2’ and then rumours of her debuting in the Hindi remake of Marathi blockbuster ‘Sairat’ was also in the news.

While her launch pad is still uncertain, Jhanvi becoming the most sought-after actress of her time is most likely to happen.