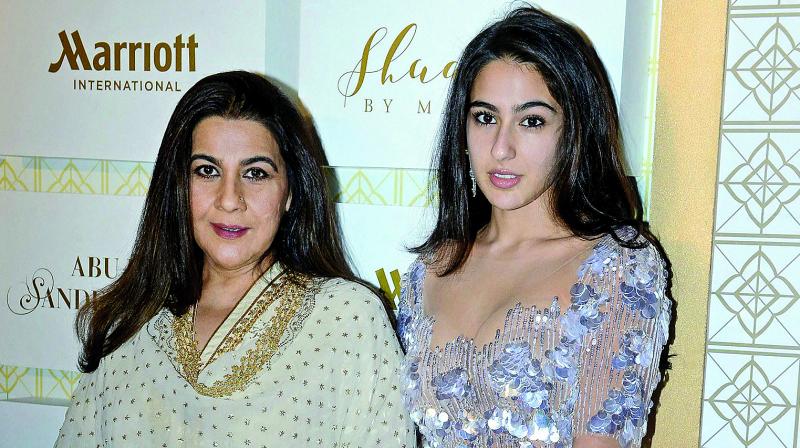 Amrita Singh doesn’t want her daughter to restrict herself to working on Kedarnath for the time being, but rather to sign on more films before her debut movie hits the screens. Sara Ali Khan is currently giving it her all to Kedarnath, directed by Abhishek Kapoor, opposite Sushant Singh Rajput.

With Sara’s father Saif Ali Khan not interfering in the choices made by his daughter, Amrita seems to have plunged headlong into managing her child’s career.

However, Sara hasn’t been responding in a manner Amrita expects of her, and is taking her own sweet time to work on her career. “Amrita wants her to sign more films, and not just rely on the outcome of Kedarnath, before moving ahead in her career,” says a well-informed source. “Sara, on the other hand, wants to take her time, and put in all her efforts into Kedarnath. Amrita wants Sara to at least read some scripts in the interim, and give her nod to other movies, so she doesn’t lose out on interesting prospects. And Sara, who has a mind of her own, isn’t one to budge. So, there seems to be a standoff of sorts between mother and daughter.”

Sara’s stubbornness could be put down to the younger generation of actors’ approach towards films — one at a time. And the time warp isn’t going down well with Amrita, who is far more betaab than her debutant daughter.