Entertainment   Bollywood  09 Sep 2019  Video: Here's what happened when Vivek and Abhishek met each other at PV Sindhu's event
Entertainment, Bollywood

Video: Here's what happened when Vivek and Abhishek met each other at PV Sindhu's event

Vivek Oberoi and Abhishek Bachchan have recently faced each other at PV Sindhu's felicitation ceremony which was held on Sunday. 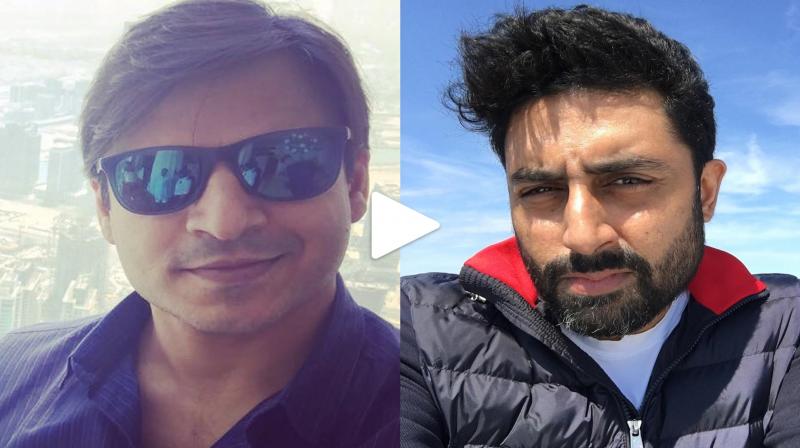 Mumbai: Vivek Oberoi and Abhishek Bachchan have recently faced each other at woman shuttler PV Sindhu's felicitation ceremony which was held on Sunday.

Well, the duo never had a direct fight with each other but their controversial past is somewhere hunting their present itself. After all, Vivek Oberoi was in a relationship with Aishwarya Rai before they broke up and she got married to Abhishek Bachchan. Hence, no one thought that they will get along with each other ever in their entire life.

Well, the video of Vivek and Abhishek's great meet went viral on social media. In the video, one can see, Abhishek had good chat with Vivek's wife Priyanka too. For those who are uninitiated, Abhishek and Vivek have worked together in Mani Ratnam's 2004 film, Yuva. And after this meet, fans are hoping to see these two together again on the big screen.